An interview with Stacey Lewis 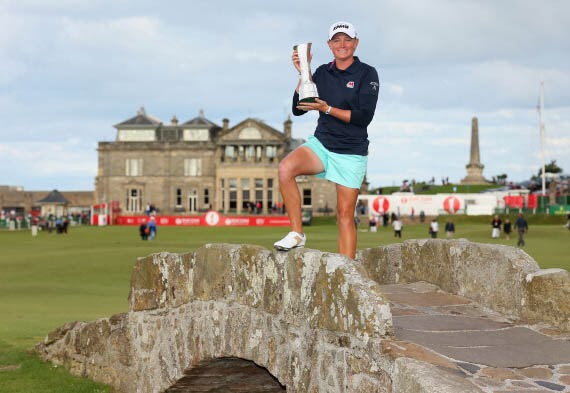 Stacey Lewis is an American golfer. She was 2013 British Women's Open Champion and LPGA Player of the Year in 2012. In March 2013, Stacey held the #1 world ranking. In 2013 she also won the LPGA Vare Trophy for the woman with the lowest scoring average for the season.

Stacey took some time out of her schedule to answer some questions that I sent her, asking about how mathematics relates to her sport. 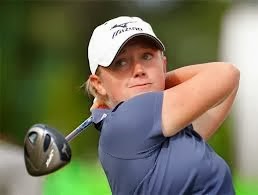 How good do you need to be at mental arithmetic to do calculations in your head as you go around the course?
It takes practice and I play a lot so I think that makes me pretty good at it.

How aware are you of angles when preparing for a shot?
I do think of angles depending upon the lie of my ball.  The upslope or downslope will impact my yardages.

When you are putting, how much is "mathematical thinking" and how much is "feel"?
I use the Aimpoint putting method and it has a lot of math.  The math is done to prepare for the putt and once I line up over the ball, it is all feel.

Is estimation of distances good enough?
It is important to be able to look at a shot and estimate the yardage, but I do want exact yardages before hitting the shot.

Do you keep an eye on the scoreboard as you go around in a tournament?
Yes, I do like to know how the course is playing.  I want to know where I stand among the other competitors.

Have your coaches ever used maths and physics to explain your swing?
There are a lot of different ways to coach.  My coach works on a right arm angle at the top of my backswing.  I need to make that angle small.

Do you look at statistics much to analyze your game?
Yes, I evaluate where I am doing well and where I need to improve.

Do you have any other insights to offer into how you use maths when playing golf?
Math is used in golf more than other sports.  You have the time to calculate and analyze where other sports happen a bit faster. 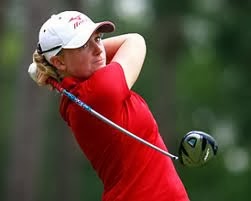 Thank you Stacey for being a part of the Maths in Sport project. I really appreciate your contribution. Good luck for 2014.

Posted by Bruce Ferrington at 21:10