An interview with... Holly Crawford 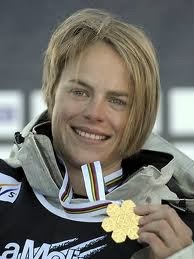 Holly Crawford is an Australian snowboarder who was World Champion for half-pipe at the 2011 World Championships, as well as coming second in 2009 and 2013. She is representing Australia at the Sochi 2014 Winter Olympics, her third Olympic games.

Holly took some time to reflect on how mathematics relates to her sport. 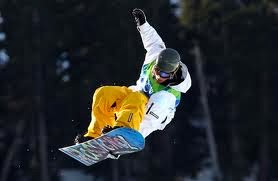 The questions and answers:


Describe what mathematics lessons were like for you at school.

Early on in my education I was very good at maths, the simplicity of right or wrong answers really appealed to me, as I got older and spent more time snowboarding and less time at school I found it more difficult to keep up. I discovered that with english you could fluff it out, make it up, and there often wasn’t a wrong or right answer as long as you could prove your point or come to a conclusion you couldn’t really be wrong!

When you left school, did you expect to be using any of the mathematics that you were taught ever again?
Of course, maths is a part of every day life and without it I would be at a significant disadvantage in my day to day life.

How good do you need to be at mental arithmetic to do calculations in your head when you are training or competing?
In all honesty we don’t use it very often. Calculating the scores on the leader board or how many people are competing vs. how many will go through to the final would be the only instances I can think of that we might use it. The simple rules of addition, subtraction or division that I learnt early in my mathematical education are all that are needed for such calculations.

When you are competing, do you keep an eye on the scoreboard and mentally calculate how many points you need to win?
I have a tendency to not look at the score board until after I’ve competed as I don’t like it to get into my head and change what I am doing. After competition I often have a look but until then I leave it up to my coach to worry about calculations and placings and just let me know if I need to do more or less!

Have your coaches ever used mathematics and physics to explain your style?
'You have to finish your tricks in order to land them' could be considered putting 2 + 2 together which in essence is mathematics. And physics is 'the branch of science concerned with the nature and properties of matter and energy’, both of which I am made of so yes, if I were to break it down both mathematics and physics are used to explain my style but not in a colloquial fashion.

Do you look at statistics much to analyse your training and performance?
Not so much with ‘On-snow' training as with ‘Dry-land’ training. Our fitness testing results are analysed by our ’Sports science’ division who then use the statistics to give us feed back.

Do you have any other insights to offer into how you use mathematics when snowboarding?
As a by product of being an Australian and Snowboarding for a living we are forced (for obvious reasons) to spend the majority of our time traveling overseas.
With this in mind we are often having to calculate different travel times and time zones and convert different currencies, all of which I would be unable to do if I hadn’t learned mathematics!
In relation to the activity of snowboarding mental calculations together with the general physics of the action occur every second. Regardless of the fact I’m sure I am doing mathematics in my head all day long you don’t realise this as it becomes second nature like breathing, you don’t think about doing it you just do!
Of course, you use mathematics when snowboarding that there are the degrees of rotation (tricks), 180’s, 360’s, 540’s, 720’s and so on! 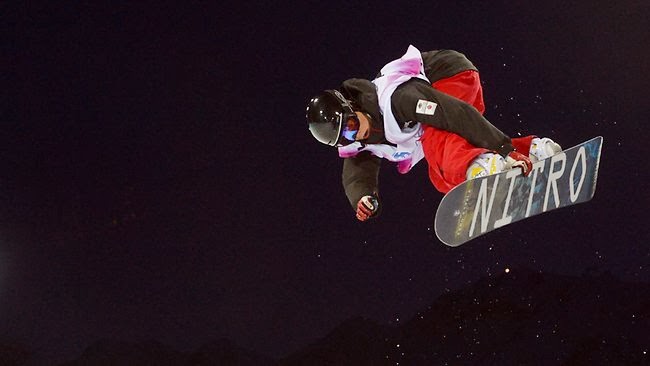 Thank you Holly for being part of "Maths in Sport". Good luck with the current season and preparations for the Sochi 2014 Winter Olympics!

Posted by Bruce Ferrington at 15:30