An Interview with Jonathan Brownlee 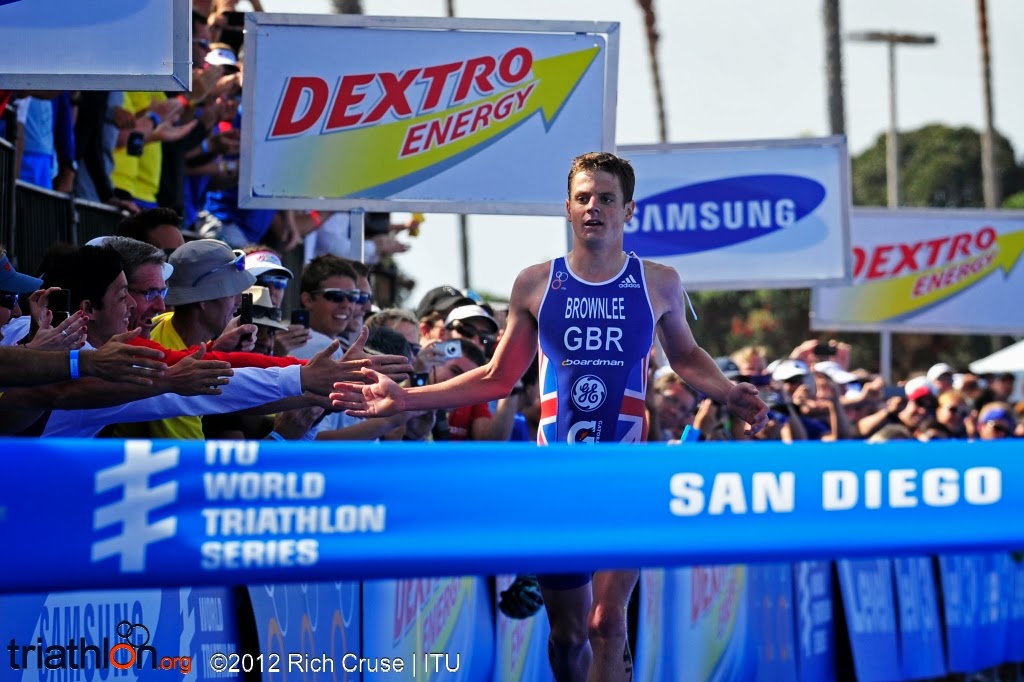 Jonathan Brownlee is an amazing triathlete. Winner of the World Championship in 2012 and runner up in 2013, bronze medalist at the 2012 Olympic games, and currently ranked #2 in the ITU world rankings by a mere 25 points, Jonathan agreed to answer a few questions about how maths relates to his sport.

Here is what he had to say. 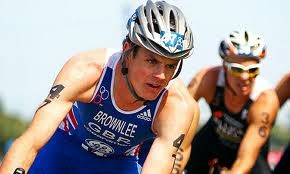 Describe what maths lessons were like for you at school.
They were OK, mostly I enjoyed them. I enjoyed most of my lessons at school, good school, good teachers. If I had to choose a favourite subject though, it would have been History.

How good do you need to be at mental arithmetic to do calculations in your head as you race in a triathlon?
Now the World Champion is decided by a Series rather than a one off race, it’s much more relevant. For example, when I won the World title in 2012, I knew as soon as we were down to three in the lead group I had won it.

How aware are you of angles in your technique – angle of approach into a corner, angle of arms when swimming, angle of body on a bike etc?
Most of it is natural now but when I was learning to swim it was very important. It made things much easier to communicate with the coaches because you could understand what they were telling us. Also, when riding -  cornering on the bike – I don’t think anyone mentioned mathematics but of course it is all about the angle of the turn.

When you are racing, how much is “mathematical thinking and calculating” and how much is “go as fast as you can”?
It’s definitely always go as fast as you can, the numbers come into it when you can’t go any faster and need to think about damage limitation. Best example is of what lap I was to take my 15 second penalty at the Olympics, I was working out all the time how much of a lead I had on the French lads.


Do you keep an eye on the clock as you go around a course in training and in races?
I like to wear a watch in training so I can. Also, the coaches shout out split times to us. That’s harder when you are racing but we get information at different places on the course.

Have your coaches ever used mathematics and physics to explain your style and movement?
Maybe when I was younger but I don’t remember. I can’t think of anything recently but I know they are always studying biomechanics to try and help us improve.

Do you have any other insights to offer into how you use mathematics in triathlons?
I use maths a lot in triathlon. As per my Olympic example, I’m always working out how far ahead or behind I am  judging on the time difference. There’s normally a dead turn somewhere on the run course which is another way of working out what you need to do to take the win/get on the podium. 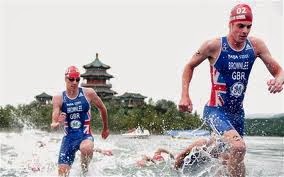 Thank you Jonathan for being a part of the Maths in Sport project. We all appreciate your thoughtful and considered comments.

Posted by Bruce Ferrington at 17:52