What are those numbers?

To celebrate Sally Pearson’s great win in the 100m hurdles today, the teachers planned a special welcome. When the kids came in to the building this morning we had the following numbers written on the white board: 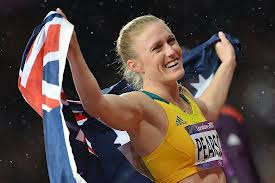 “All these numbers relate to the 100m hurdles,” we told the kids

No other information was provided. Time for the kids to start thinking.

After some prompting we got to the last numbers:

13m from the start line to the first hurdle.

It's 10.5m from the last hurdle to the finish line.

...and in this discussion we covered such mathematical concepts as:

- need to use correct units of measurement

A great conversation to start the day!

So we got out some till paper (long rolls of paper from an old cash register) and held it at 83.8cm so the kids could have a go at a hurdle. 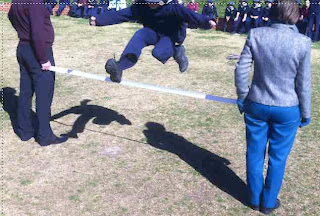 As a bit of fun, we learnt a an old game that I used to play at school called "Fly".

Posted by Bruce Ferrington at 15:41