This month I have dedicated to "Maths in Dance".

Those who have seen me on the dance floor may be raising an eyebrow at this point and asking themselves what I think I'm doing. And while, yes, I did once own a white, 3-piece suit,
that is about as far as the similarities go...

Cast your minds back to January this year. For the whole month, I presented interviews with world champion sportspeople discussing how they related mathematics to their sports. The results were spectacular. The sportspeople who participated were spectacularly generous with their time and thoughts - I was overwhelmed.

And I finished off the month with the comment:

So, having completed "Maths in Sport", I have started contemplating what other "one-off" projects I might attempt:
So many options. Stay tuned, the future holds many possibilities...

The writing was on the wall. 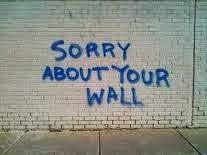 And now we've hit July, the month when the whole of the northern hemisphere packs up and goes on holidays. Even down south, we're all off on a few weeks break. No-one is thinking about school or maths.

So what better way to keep people entertained than to give them something fun, something creative, something like a month of "Maths in Dance"?

Stay tuned, there are some really interesting and thoughtful interviews coming over the next three or four weeks.

Posted by Bruce Ferrington at 22:14

Email ThisBlogThis!Share to TwitterShare to FacebookShare to Pinterest
Labels: General, Maths in Dance