An Interview with Alonzo King 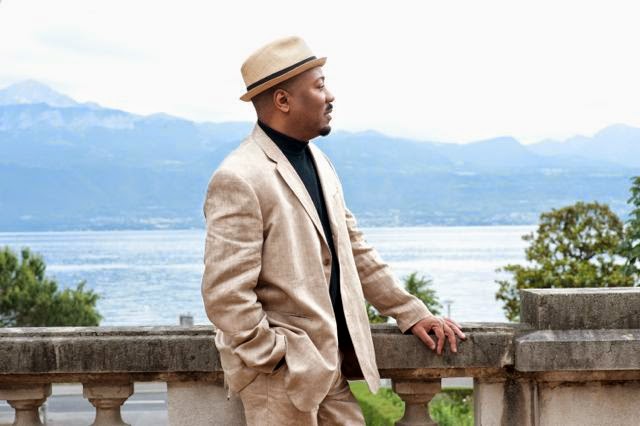 
Alonzo King is the visionary choreographer and artistic director of Alonzo King LINES Ballet, and has long been noted as an artist who alters the way we look at ballet. King calls his works ‘thought structures’, created by the manipulation of energies that exist in matter through laws, which govern the shapes and movement directions of everything that exists.

Often working in collaboration with world-renowned musicians and artists, Alonzo King has created more than 170 ballets, including a remarkable repertoire for LINES Ballet. To achieve his visions, he has collaborated with creative stars like Danny Glover, Pharaoh Sanders, Hamza al Din, Pawel Szymanski, Jason Moran, and tabla master Zakir Hussain, among many others. His choreography has been described as “the most sophisticated modernism in classical dance.”

Branching out from his busy schedule with LINES Ballet, King has written and lectured on the art of dance, and has also worked in opera, television, and film.

Alonzo kindly agreed to share his insights into how mathematics relates to dance.


The Questions and Answers


Describe what maths lessons were like for you at school.

What most of us are taught in school is the dogma part of math not the esoteric aspects of math.


Do you divide dances or movements into parts or sections that might be expressed as mathematical fractions?

It is impossible to get away from math in everything that we do. It is like the inevitability of karma....it is involved in all of our thinking and doing, and the way we behave.  The body is divided in fractions,and huge land masses.  The body is our personal cosmos.  It is the same as the external cosmos but in miniature form.


How aware are you of angles in your technique – angle of body, angle of arms and legs, angle of movements?

One of the most important - I would say the essential task of the artist and human - is HEIGHTENED AWARENESS.  The fully educated dancer is always aware of their effect in space, and their architectural shape shifting as it sends signals in space, and as it receives information from the space it inhabits.  It is a constant and steady dialogue. An awareness of every angle in straight line and circle and how that harmony or dissonance converses in space and time.  Every angle produces sound, every shift is mathematical - they are inextricably linked.


When you are moving in a performance, how much is “mathematical thinking and calculating where the space is” and how much is “feel for the space”?

The dancer thinks of his own physical map as a grid with intricate points of collapse and tension, as well as a canvas for meaning through color, tone, solid and liquid states.  In music you can be on top of it or IN IT. One articulating the other immersed.  The dialogue is always in time, or the seeming eradication of it.  Its all mind stuff.  Math is in EVERYTHING.

Is estimation good enough or do you rely on accurate measurement of distances and times?

Measure is never taken for granted.  It is part of the decision on how to move into space, what amount of energy, and what motive. Physical line is like points on a graphic chart - which can be measured in their approach to infinity - or the abruptness of a fixed point. Energy is whipping space in rhythm.

How aware are you of timing and beat when you are dancing?

Timing is mathematical. Everything happens at the right time. Our births on planet earth are set with precision and the alignment of the planets.  This is dancing. The creating of ‘something’ to occur and when is  one of the obsessions of dance.  The right moment in time.


Do you have any other insights to offer into how you use mathematics in dance?


We are numbers, and are aware of their symbology and meaning.  The idea of 2 wanting to merge into 1, is a traditional idea where yearning is eased by absorption.  1 represents the many.  O represents eternity, it can be represented in the form of the circle in a single body or groups.  The number 3 is a continuous rhythm, it perpetuates itself and facilitates propulsion...its why the waltz is pulsing, circular and nonstop like a ferris wheel.  The number 4 is about what can be measured...how we divide land...what is logical.  And on and on.

Thank you so much Alonzo for sharing your thoughts and ideas.
What a brilliant way to start this month of "Maths in Dance"!

"Alonzo King - A Poet of Dance"


For more information about Alonzo King and LINES Ballet, see the official website:

Posted by Bruce Ferrington at 21:44