We were scheduled for our regular visit to see our Kindergarten buddy class. Their teacher, the wonderful Mrs M, and I had a discussion about how the previous visits had gone and decided that this time we would give the Year 6 kids a task - to design a game or activity that would teach their buddy something related to what they were doing in class.

As the kindies were about to launch into "subitising" - recognising numbers from a group of objects without needing to count each item - we agreed that this would be the focus for the buddy activity.

Well, I announced the plan to Year 6 and they got very excited. If you are ever short of creative ideas for teaching, just ask the kids for some suggestions. 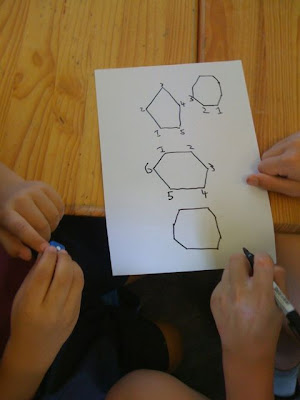 Know Your Shapes - the idea here was that if you could recognise shapes such as triangle and squares, when you saw a group of objects arranged in that shape you would know how many there were by knowing that a triangle has 3 corners, a square has 4 corners etc 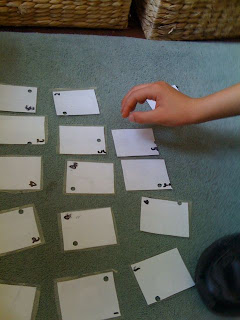 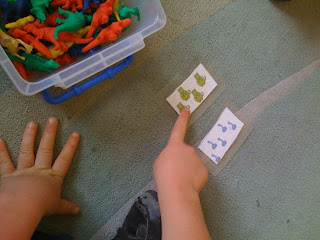 Dinosaur Game - my Year 6 boy knew that his buddy loved dinosaurs, so he made a game with dinosaur pictures set out in patterns. If his buddy could say how many dinosaurs there were, he could take that number of dinosaurs from the tub 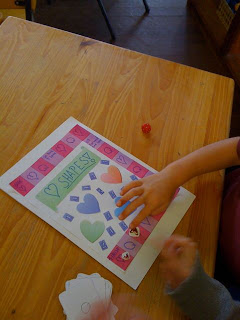 Lucky Hearts - In this board game, you moved around the board and when you landed on special squares, you got to pick up a card and say how many dots were in the pattern 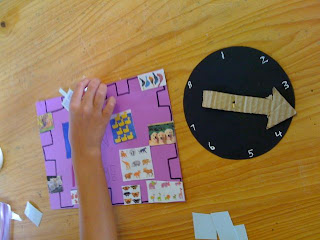 Puppies - in this game you travel around the board, using the fantastic spinner, and when you land on a puppy card you need to say how many there are in the group, then you get to keep the card. 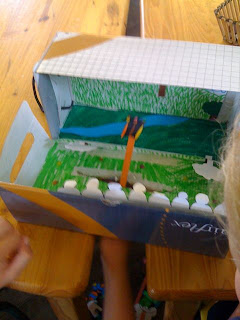 Puppet Show - this amazing student made a puppet show out of an old shoe box, painted in the background and even included a cut-out silhouette audience. Her puppets on coloured sticks popped up from the base and her buddy had to quickly say how many items there were in each group. 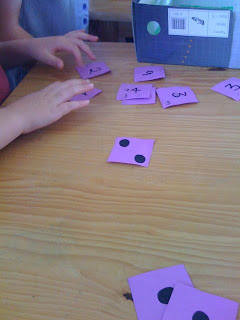 Snap - the traditional game of Snap using cards that had dot patterns as well as number cards. 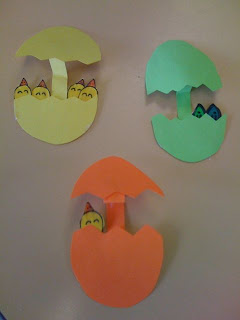 Pop-up Easter Egg Chickens - not so much a game but certainly a very cute and enjoyable activity where the eggs pop open and you get to say how many chicks are inside.

My input in this activity was minimal - I gave my kids a few minutes of introduction as to what and why. They did the rest. They had 2 days to get it done and everyone produced something special. Very little class time was allocated to this - much of the work was done at home or in lesson breaks.

The kindy buddies loved it. As a bonus, they got to keep their games and take them home to play with their parents and siblings.

Mrs M loved it - she said she would never have had the time or imagination to put together such a great range of activities.

The Year 6 kids loved it - they were so proud of what they had done and were really challenged by having to make an activity at the right level that would be enjoyed by their buddies.

And I loved it because I was able to see my class engage in the learning process as learners and as teachers.

Moral of the Story

Let the kids be creative - they will surprise you.

Email ThisBlogThis!Share to TwitterShare to FacebookShare to Pinterest
Labels: Number