I asked the kids to make a star pattern this morning.

They knew what I meant but I wanted them to clarify the concept anyway.


- it needs to be a star shape

- it needs to be a pattern

- it is not a straight line - by this, they meant it is not linear but it is radial, not words they know (yet) but ones that we will introduce.

Once they had made some patterns I asked them what these patterns had in common and what they had that was different.

Here are pictures of what they produced: 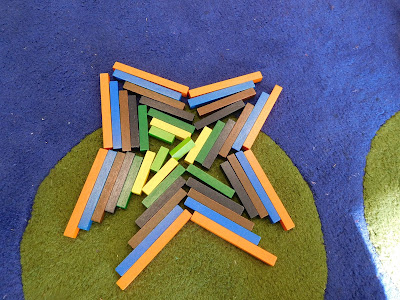 This started from the outside and moved inwards. It got a bit tricky when the pieces didn't fit neatly but the idea is there. 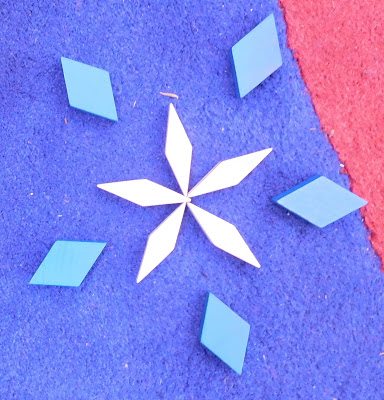 I liked this because, while 5-pointed stars are quite a common in nature, I wasn't sure that any of the students would come up with this. 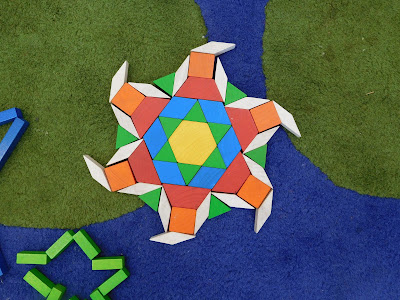 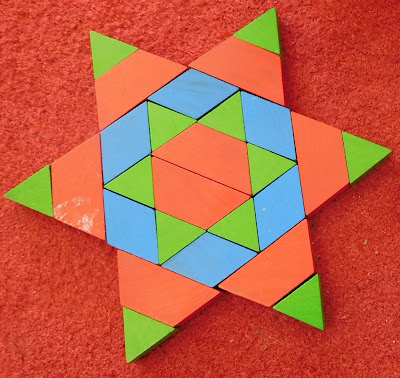 The pattern blocks are good for this as they make good use of the hexagon as a basic shape. 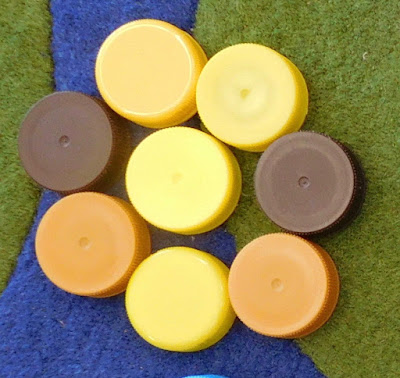 This is one I really wasn't thinking I would see. You can see that it is difficult to make a pattern with seven as your base number but we made a good attempt. 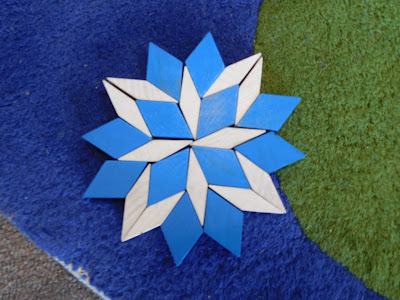 This one seemed to grow by itself as the pattern radiated outwards. 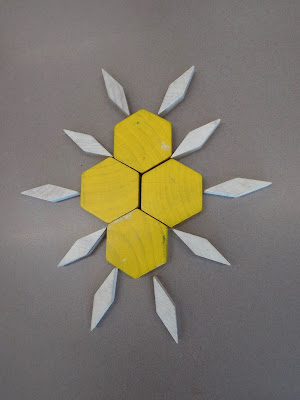 This is unusual. It has symmetry but I'm not sure that is is perfectly radial. I think it gets back to the idea that the star needs to start at a point in the very centre.