What Are The Chances of That?

This week we have dedicated to Chance and Probability. It has been a lot of fun. We had a series of 10 activities for the kids to engage in and collect data. They were also required to design their own chance activities or games and share them with their Kindergarten buddies - I will share the results in a later post.

One of the biggest learnings for the week was all about recording data. When we were conducting probability activities like tossing a coin or dealing cards, it became important to keep an accurate record of what had happened. As a consequence, the students quickly discovered that poor recording led to inaccurate and unreliable conclusions. Conversely, careful recording resulted in accurate conclusions.

Here are the 10 tasks that we embarked upon and some examples of how the students recorded their results: 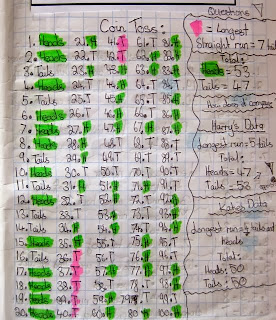 Some very detailed recording of heads and tails. 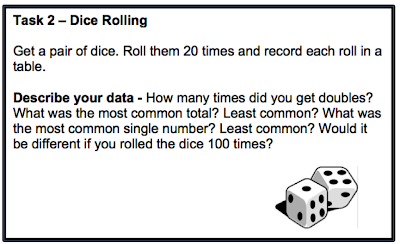 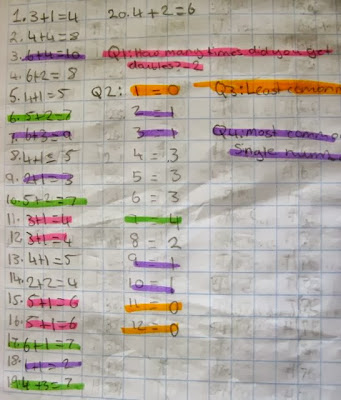 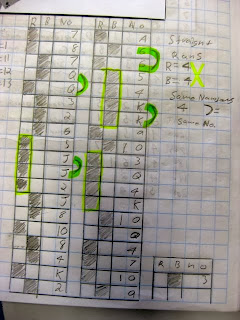 Interesting to see who is familiar with a deck of cards - how many cards are there, what are the suits called, how do you shuffle cards - all useful insights. Setting out the data carefully makes it so much more useable when you need to discuss your results. 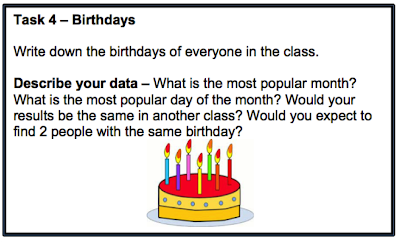 This is really interesting - and isn't anywhere near 365.
Check out The Birthday Paradox

An interesting activity - if only to see who actually knew what their phone number was.
Most kids have it programmed into their phones so they don't have to remember it these days. 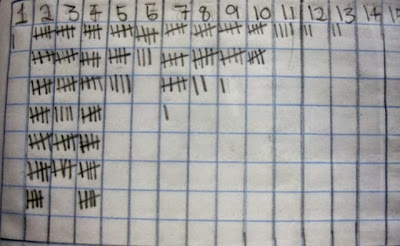 An interesting spread of data here. Not many big words on the front page - mostly 2, 3 or 4 letter words. 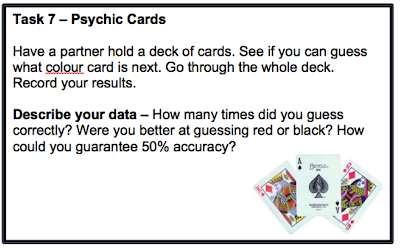 Not psychic I guess - even though the first 6 guesses were correct!
What are the chances of that?

This was just for a bit of fun but also to see how everyday games involve chance. Surprising how many of the kids not know how to play this game. It was a great opportunity to learn a new game. 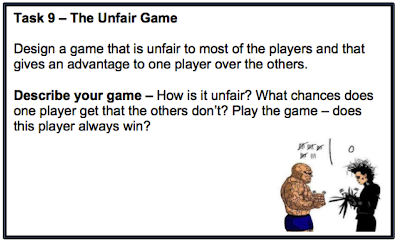 Haven't got this far yet and it's the end of the week!
Where did the time go? A few groups got to this but the data display wasn't very interesting
so I haven't posted a picture.

Posted by Bruce Ferrington at 15:46

Email ThisBlogThis!Share to TwitterShare to FacebookShare to Pinterest
Labels: Probability