It's been a few days now and the Exhibition has been and gone. I have reflected on what we experienced and have identified a few more ideas relating to Maths that came out of the kids' inquiries.

Quite a few groups used timelines to present information - after all our transdisciplinary theme was "Where we are in place and time." Lots of them were fairly traditional timelines but there were a few that showed some excellent creativity.

Here are a few: 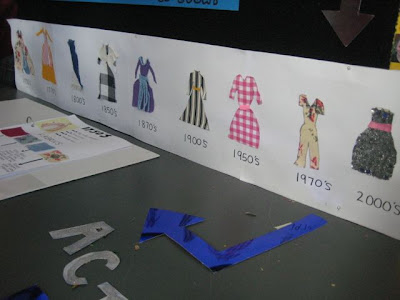 One of the "Fashion" groups did a really good timeline using miniature dresses that they had made to demonstrate the changes to fashion over time. 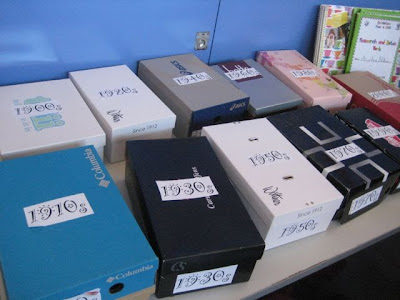 Another (different) "Fashion" group used shoeboxes for a timeline. Inside each box was a pair of shoes that represented the fashion of that decade. 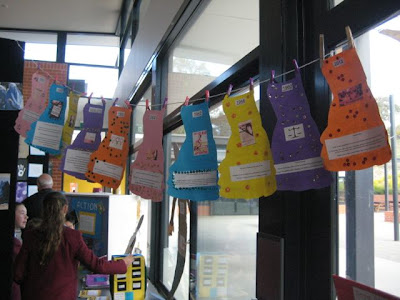 The "Women's Rights" group (ironically) used a clothesline to display their timeline of significant events in the history of the women's movement.

Several groups decided to ask their visitors questions about their inquiry and were able to represent their data in interesting ways.

The Women's Rights group asked a question about the Suffragette movement. 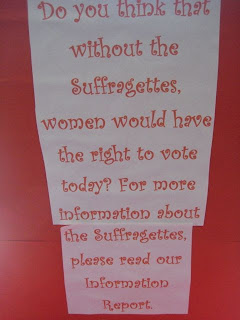 Then people were asked to place a gold (wedding ring-like) ring into a jam jar. (Irony again?) 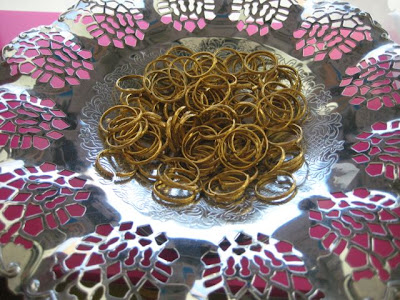 Gold rings laid out on a beautiful silver tray. 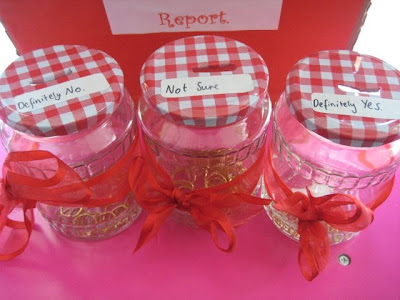 Visitors got to put their "vote" into one of three jars.

Another group, inquiring into developments in medicine, conducted an activity that asked visitors to place a small coloured bead into empty medicine boxes if they thought that the product contained penicillin. 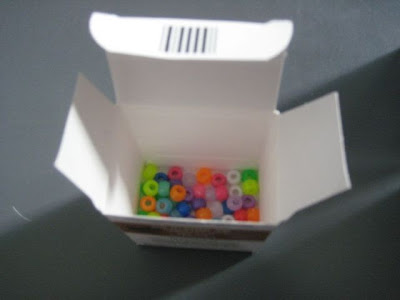 Results were tallied to see which products were most easily recognised as containing penicillin.

Another group looked at "Body Image" and the influence of Barbie dolls on young children. They asked people to decide which doll they preferred, Barbie or "Emme" - a doll with "real" proportions. 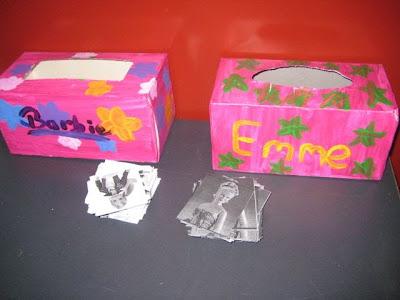 Vote by placing a picture into the correct box.

There were several other interesting ways that data was managed and presented.

A group that was looking at Post Traumatic Stress used plastic soldiers in a sand tray to demonstrate the percentages of soldiers who would experience PTSD. 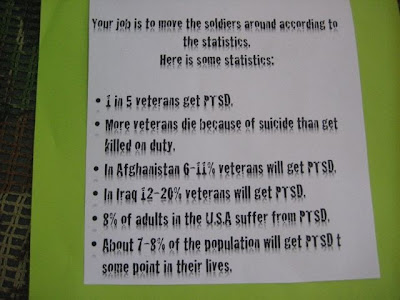 Presented with this data, visitors were asked if they could model the percentages using the plastic soldiers in the sand tray 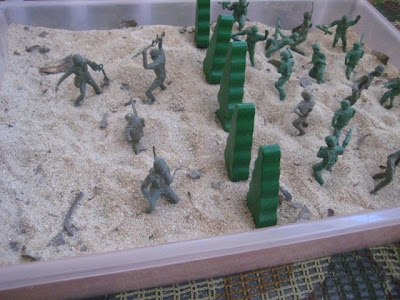 Another group was looking at sweatshops and sporting clothes manufacturing. They wanted to show different perspectives so they constructed a Venn diagram using hoops suspended by fishing line. 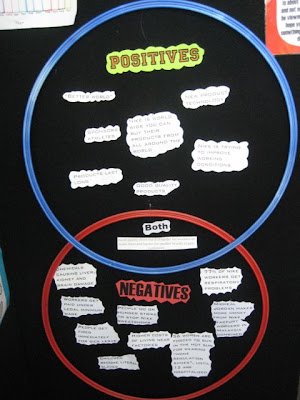 There ideas were organised to show their understandings of the issues involved.

I was impressed! I thought they had demonstrated their understandings in very creative ways.

It's always good to give the kids some room to do things their own way - they will always come up with things that you don't expect!

Posted by Bruce Ferrington at 12:03