We were tuning in to our inquiry about Fractions. It was interesting to ask them to write down everything they already knew. Here is one example: 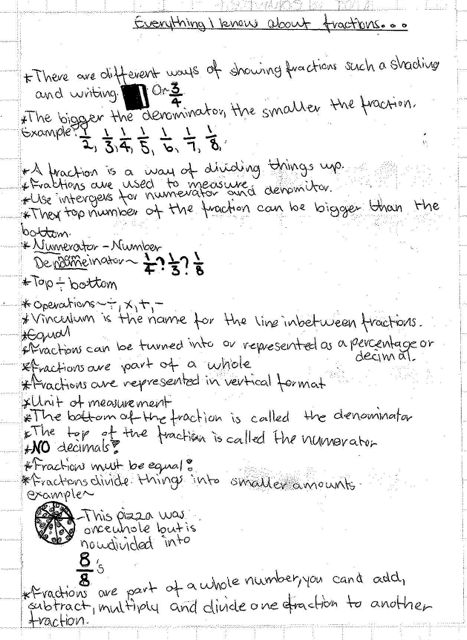 This is a pretty comprehensive list.  I liked the way it included text and pictures - a really descriptive account.


I like to ask the students about what they want to learn - it is part of the PYP (Primary Years Programme - IB) framework of inquiry. So we include it in maths.

Here's a few they came up with:


These student questions gave us some areas to focus our inquiry on:


Thanks kids - it's great to know what you want to learn.


The next part of the conversation focused on a really important aspect of fraction - equivalence.

Not surprisingly, there was a diversity of understanding of what this meant and how it looked.

We did a bit of exploring using circle and rectangles, dividing them up to show how we could show 1/2, 1/4, 1/6, 1/8 etc.  Lots of conversation and discussion about what to do and how to get it equal.

Then we tasked the kids with choosing different shapes, not circles or rectangles, to see if they could be used to represent fractions and demonstrate equivalence.

Here are a few examples: 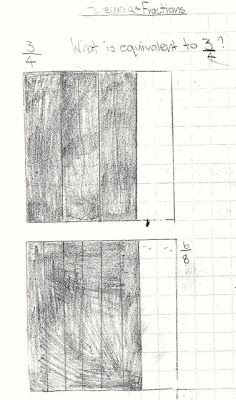 Yes, this is true - but are the pictures really showing equal parts? 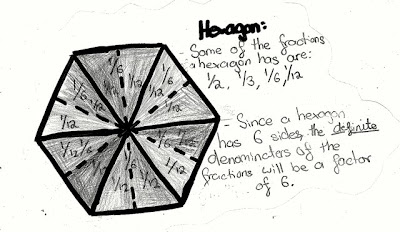 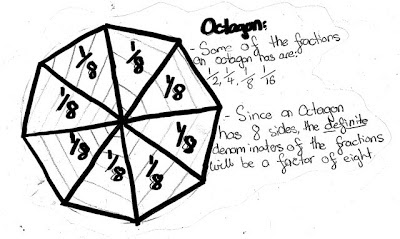 The hexagon and the octagon were produced by the same Awesome and Adventurous inquirer. He was able to put forward a theory. We called this theory:

Jack's Theory of Making Fractions Out of Polygons

According to the theorist, when you have a polygon, you will definitely be able to divide it into equal pieces with a denominator that is a factor of the number of sides.

He later produced an addendum to his theory to include multiples of the number of sides.