If Everyone in the World had a Candy Cane

...and we put them end to end, how far would they reach?


This was a bit of a "Christmas" problem I put to my class as we were one day away from finishing school for the year. Thought we might as well see if they have learnt any problem solving skills this year... And what did they do?

1. Reach for a calculator 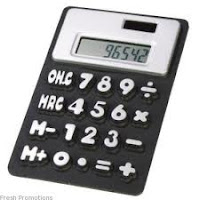 Really? What type of units are we talking here.

Checking on a website (www.worldometers.info) that showed real-time statistics, we quickly found that the population of the world is constantly changing?

"The numbers keep changing! It's impossible to work out!"

All good maths is based on assumptions and we sometimes need to rely on approximation.

For example, we decided to take the world's population as

Also, we recognised that not all candy canes are the same - so we agreed to measure the one I had been given earlier by a generous student, that was about 9cm long - the candy cane, not the student.

Now we had some numbers to work with, we could play!

Not content with just having a number like that, the cruel and demanding teacher asked for a real-life example of how far the line of candy canes would reach. 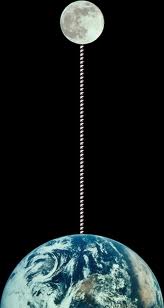 After much googling and discussing...

"What if we stretched it around the equator?" asked the unsatisfied teacher.

Soon we knew that the distance around the equator is about 40 000 kms. 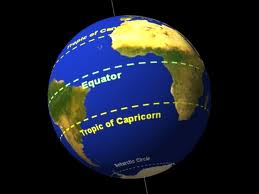 Brains were starting to flag now so I suggested we try a few of the problem strategies we had sung about in our class play - "Mastering Math" - like draw a picture, make a table etc.

"Can we act it out?" asked one enthusiastic student.

I stopped again at the end of 10 laps (400 000 kms) but again no spontaneous flash of recognition.

Using this as our remainder, we used a calculator to work out that this was about 0.9395 of a lap.

So our line of candy canes would go around the world 15.9395 times.

I asked the students to come up with some questions of their own - how would they like to extend the inquiry?

Here's what they came up with:

I think this was a great thing to do on the second last day of the school year.

Which leads me to say that my blogging may slow down a little over the Christmas break as we take our summer holiday in Australia. Thanks for reading this far and for following the blog.

Have a great holiday season. Posted by Bruce Ferrington at 22:58