Here's a really great idea - great because it's simple, visual and something I stole from someone else (many thanks, @CapitanoAmazing - brother in collaboration).

It is a great way to demonstrate the relationship between improper fractions and mixed numbers.

Give each kid in the class a stack of 5 triangles. (Right-angled triangles are good because they can be re-assembled to make squares. Any shape will do as long as they have a stack of identical shapes. Circles are problematic - they don't tessellate.) 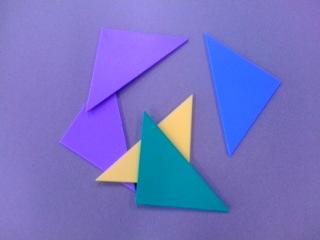 Tell the class that each triangle represents one half.

Ask them to make as many "wholes" as they can. 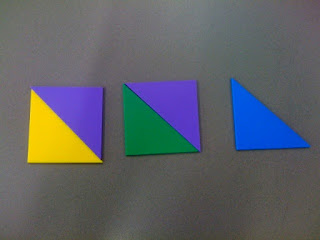 Hey look! I can make 2 wholes and one half left over.

Keep playing with this idea but change the number of "halves" you start with.

Try it with 7 halves. Or 13 halves. (You need to use odd numbers so that you end up with a mixed number at the end. )

Alright, now we can work with halves, lets call the single triangle a different fraction, such as a quarter.

Start with 5 triangles (or quarters) as before.

Now, how many wholes can you make? 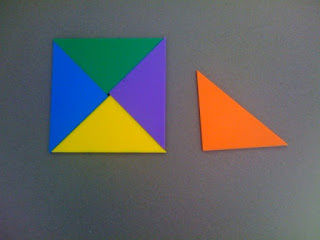 Now it's time for the kids to do their own thing.

Get them to decide what fraction each triangle will represent.

And see if they can identify a relationship between an improper fraction and a mixed number.

Then get them to explain it to their peers. 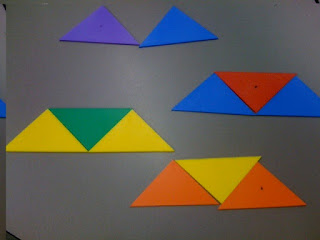 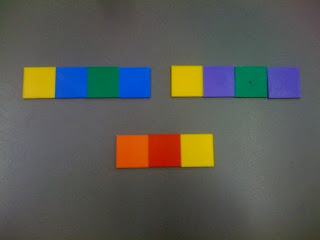 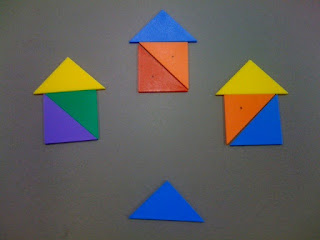 This is great because it is so visual. This is important especially when dealing with abstract concepts such as improper fractions or mixed numbers. It helps if the kids can see something to show what they are exploring. Physical manipulation of objects reinforces what they are conceiving in their brains.

And it's always fun to get the blocks out and have a play.

Posted by Bruce Ferrington at 14:58