The day after we played with the "counting by 3's" pattern, I was keen to push on further.

Sometimes "lessons" seem to go longer than 45 minutes. I could see this one was going to take a few days.

When the kids come into the room each morning, they are greeted with a pattern challenge.

"Make a square pattern," said the sign on the white board.

So here is what they did. 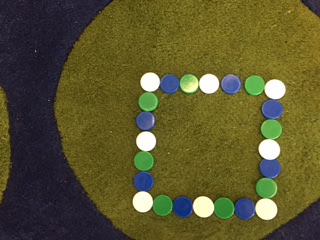 This is not quite what I had in mind but we never throw away a student's attempt - there is always fertile ground to explore. I hadn't said anything about "area" or "perimeter" or what I expected the square to look like. So this was an interesting conversation piece. Even though we were not going to pursue this type of square. I wanted to direct the thinking towards arrays. 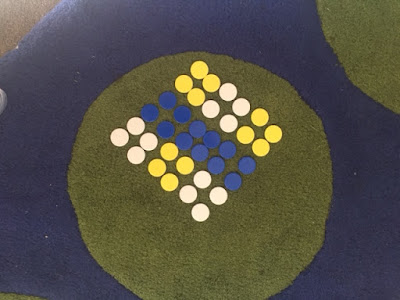 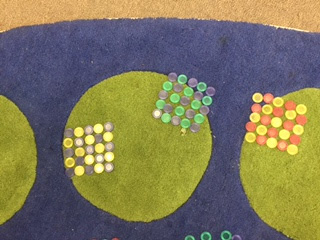 Lots of squares in evidence here. 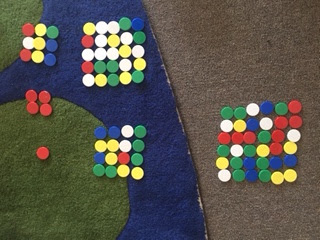 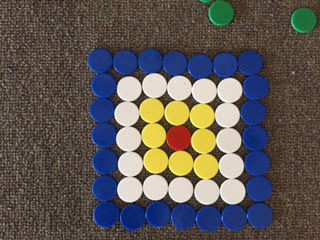 Then I asked the students to draw their squares and write about them. This example is pretty exception for a Year 2 student.

Before I had a chance to say anything the next morning, two different students handed me their workings for all the square numbers up to 10x10 (Student A) and 12x12 (Student B). They had both decided to see where the pattern went.

As students came into the room on Day 3, they found a challenge question: "Can a square be made up of two triangles?"

And now we came to the exciting bit where I stepped back and watched what they would do. Would they use any of their previous experience from the previous two days to tackle this question.

I already knew that a square number is the sum of two triangular numbers. But I wasn't about to tell them that. I wanted to observe the thinking.

Here is what unfolded. 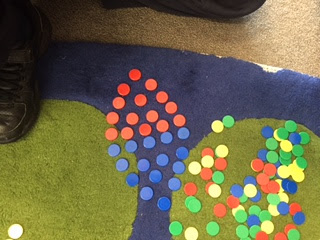 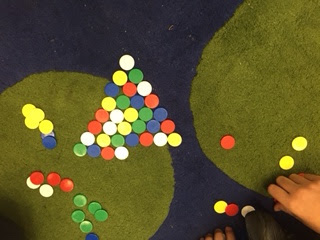 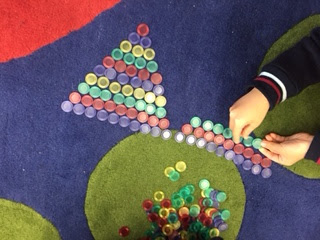 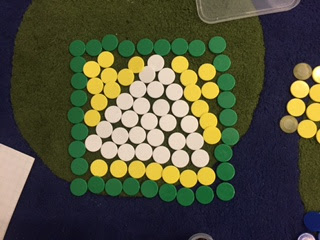 (Hence, probably demonstrating that the two triangular numbers you add together to make a square number need to be different)

It was decided - this myth was busted! No, you cannot make a square out of two triangles.

"Hang on - check out the question again. Instead of starting with the triangles, what if you started with the square first?" I asked. 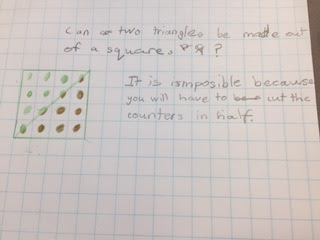 But once again the answer was definitive: you cannot make two triangles out of a square unless you want to cut some counters in half.

Then there came that beautiful moment in teaching, when one lone, brave wavering hand is raised by the shy girl towards the back.

It was so simple. Here is her diagram: 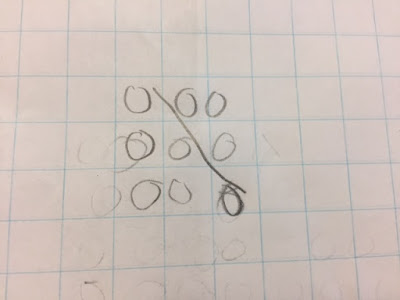 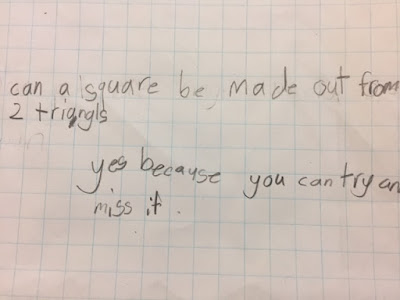 Yes - you can divide the square into two triangles - all you have to do is "miss" a bit to one side of the diagonal and draw your cutting line just in between the counters in the array.

That teaching moment was the highlight of my week.

Posted by Bruce Ferrington at 19:37