What Is My Area?

Wait - before you say anything - I know your body is 3-dimensional and area is a measurement of two dimensions - so I probably should say, "What is the area of my silhouette?"


What is the area of my silhouette?

In the past week we have measured height and width, talked about Vitruvian Man, combined our heights, compared them with other classes.

Time to have a look at comparing areas.

My chief interest here is to look at how the kids are going to approach this question. I want to see if they can come up with any short-cuts that will speed up the calculations, so they don't have to cover their entire body in 1cm grid paper and count out each square.

Look what they did! 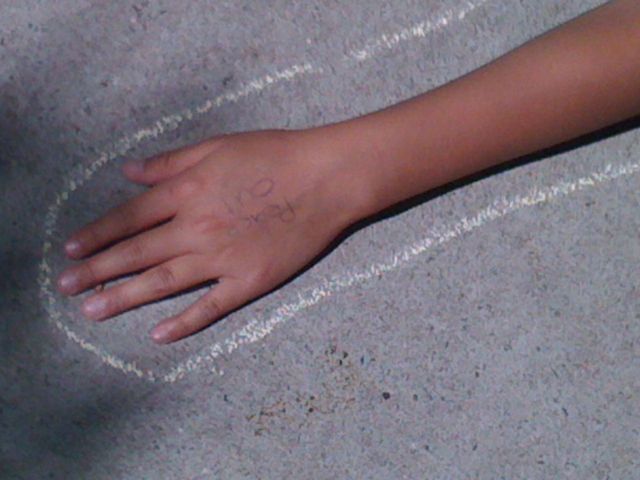 First job was to draw an outline of the body. It was important to get this accurate - what do you think of this attempt?

"It's never going to be accurate!" said one student. "Even with the best artist in the world doing the outline, you couldn't make it 100% because the arm is round not flat." 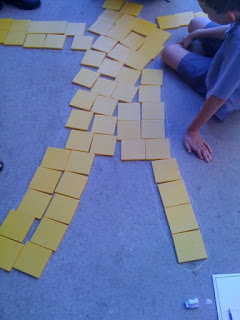 Once the outline was done, most of the kids got busy covering their shape with 100 squares, though not all of them recognised that they had 100 squares in them or that they were equal to 100 square cms. But we got there in the end.

We had a good discussion at the end about accuracy (again) and about those missing gaps - would that make your "estimate" under or over the actual area? 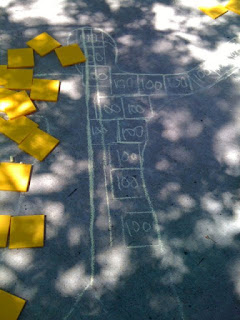 This one was interesting. I had been harping on about finding out ways to make it easier than counting up each individual square cm. The picture isn't great but you might be able to see that they have divided their body in half, deciding that the body is basically symmetrical and you only need to do half of it, then double your result. 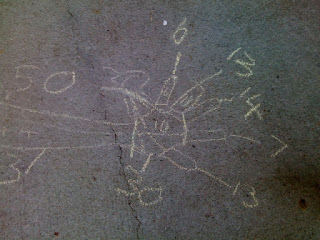 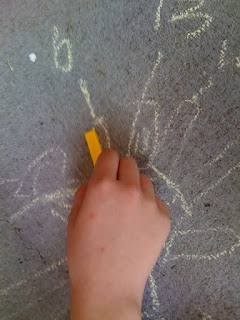 This one shows that the student has calculated each individual finger in an attempt to produce an accurate answer. When questioned about their methodology, for example what you do about the bit not covered by the 10 block, there was some talk of fractions and halves and how they were added in to the calculation. I wasn't entirely convinced but there was some thought put into improving the level of accuracy. 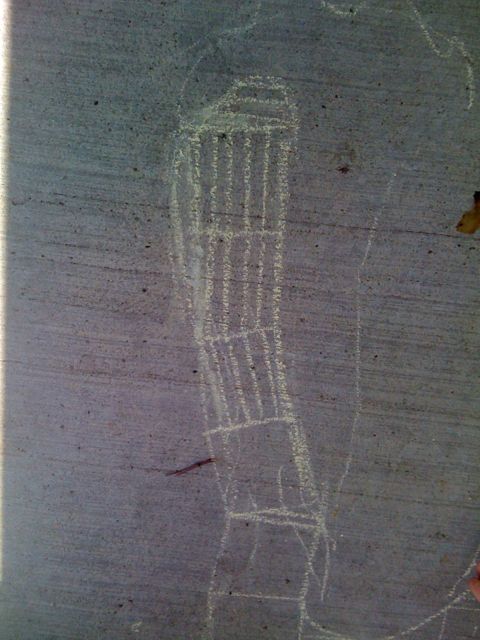 Realising that the 100 square was too big for the arms, this group has opted to use 10 blocks and has drawn them in individually - a much more accurate method. 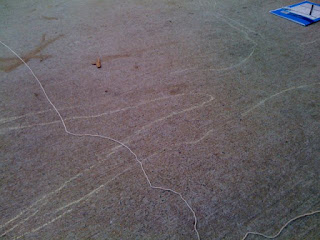 And this was a fascinating example but again the photo is disappointing. This group decided to measure around the outline with a piece of string. The string was then reorganised into a rectangle and this was used to calculate an area. Even though the resulting rectangle was obviously several times larger than the body shape, which neatly inside it, they maintained that their measurement was accurate because they had been very careful to get the string the exact length.

So how big is a body?

And then much discussion followed about the inaccuracy of this method and how much better it would be if someone invented a machine where you could lie down and the machine could go over you and measure you in a three-dimensional way. This would be so much more accurate. 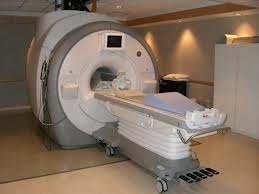 Had to break it too them - they already exist.