The Lesson that Got Away

Hard to believe, I know.

But the lesson on Monday afternoon was just that - a bit of a failure. It was flat, uninspiring and all a bit confusing and directionless.

And if that is how I felt afterwards, how must the kids have felt?

It has taken me four days of reflection to work out what happened. Let me explain.

Talking at lunch on Monday with Capitano Amazing, my trusted partner in crime and colleague next door,  we made a cunning plan to get our classes together for the afternoon to do some Maths. I had some activities arranged that I wanted to work through with my class, and thought it might be a good opportunity to involve a second group of willing participants to add to the dynamics.

So we all got together in 4BF, pushed a few desks back and I handed out the coloured A4 sheets of paper.

"Fold the sheet in half this way," I said, and they all did.

"Now shade in half," and they did.

"Now shade in a quarter," and they did.

"Now shade in an eighth," and they did.

At about this point I should have realised that this was become more of a "lesson" and had very little to do with "inquiry". 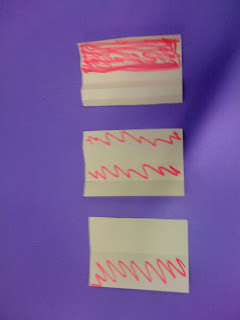 The Lesson Gets Wobbly 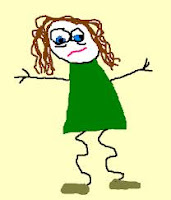 In my class I have a few "human barometers", students who start to get fidgety (that is, restless, vocal, physical, mobile etc) when the lesson gets too dull.

The human barometers started to fidget.

"Alright everyone, I'm going to give you some coloured counters. I want you to get three counters and show me 1/3 of the counters," I said, and they did.

Remarkable how patient the kids can be with such a dull event unfolding in the classroom.

"So, now get 6 counters and make a row under your first row of 3 and show me 2/6," I said. A weird request, but most of them saw what I was getting at.

And when I saw the wall of dull, confused, blank faces I resorted to the white board.

"Look! Look! Can you see the patterns?" I said, but they didn't.

The Final Death Song of a Fading Lesson

And instead of taking the hint, I pushed on and did more writing on the white board and tried to force the understanding by increasing the "chalk and talk".

And the harder I pushed, the more painful it was for everyone involved.

To try to wrap it all up and bring it to a conclusion, I gave a final, desperate challenge:

And the maths lesson faded slowly over the horizon, never to be seen again. 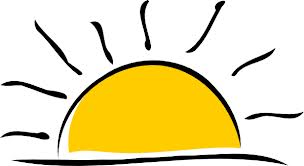 So what went wrong?


Here's what my reflections have led me to believe:

1. My direction was unclear. I knew I wanted to investigate equivalent fractions but this was too vague. I had no clear purpose and it was all a bit directionless.

2. Even though I did attempt to use materials to explore the concept of equivalence, I was shocked at how I turned to "chalk and talk" when things started going belly up.

3. Did you notice how much "I said" there was - me directing traffic and me giving instructions. Certainly there is a place for this, but I think I really went overboard.

4. As a result of 3. (above) the kids had no opportunity to really explore their own questions.

5. My final, desperate summative activity was more of the pencil-and-paper sort of thing that had disempowered the learners all through the lesson.


Probably more things to think about as well, but that is a pretty significant list to be considering for our next excursion into the wild world of fractions.

Posted by Bruce Ferrington at 22:57