Part of our exploration of area and perimeter led us to the idea that you can draw different shapes that have the same perimeter but with different areas. 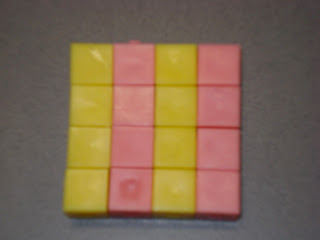 Next question was, can you make another shape that has the same perimeter? The area might change but the perimeter needs to stay the same. 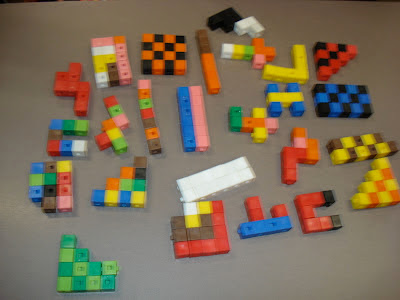 This kind of surprised me - I was thinking rectangles with bits missing out of them.
Trust the kids to think of solutions that the teacher had not even imagined.

Is there a Pattern?

Checked out a link to some videos put together by Dan McQullan, an associate on Twitter (@normalsubgroup). These videos were produced with an elementary school math club he operates. The one I was interested in is called "Rover the Rectangle - the Difference of Two Squeaks".


It did get into some sophisticated algebra that went over the heads of most of my class but it had some great visuals to explain how a shape can change in area but keep the same perimeter.