We took it up a level last week.

We like making patterns. I wanted to make a really long one. We had a whole wall along one side of the classroom.

And I also wanted to worked on collaboration with the students.

So I got a long roll of paper and cut it to size. Then I divided the strip of paper into equal sized squares. There were 18 of them. I pencilled in the vertical, horizontal and diagonal lines of symmetry for each square as a guide for the next step.

I lined the students up and told them they were going to make a symmetrical pattern.
18 times.
By adding one piece at a time.
And by building onto what the previous people had already done.
And we would be using tangram shapes.

Lots of instructions (poor teaching technique) but we did some modelling and broke it down and scaffolded the first few through the process.

Pretty soon we were cooking with gas. 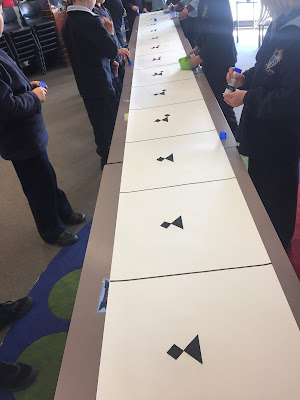 Getting started was a bit tricky but we recognised the need to be systematic. 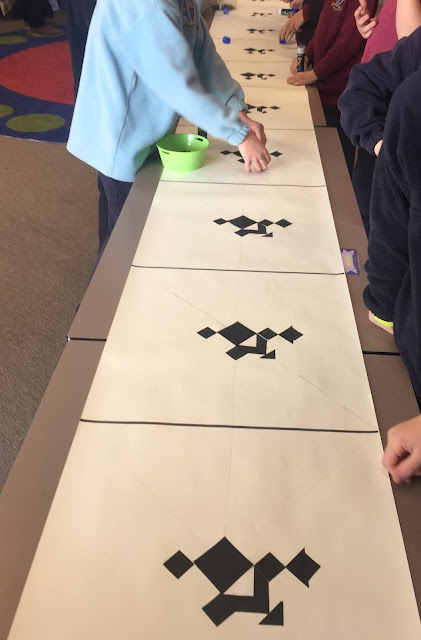 Slowly the pattern began to emerge. 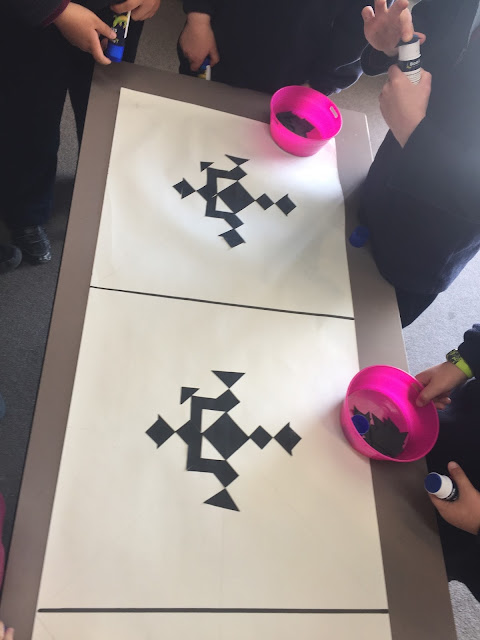 The pencilled-in lines of symmetry were very useful. 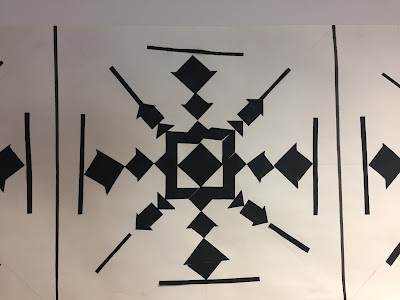 Our final pattern. Each was slightly different, even though we tried really hard to be consistent. 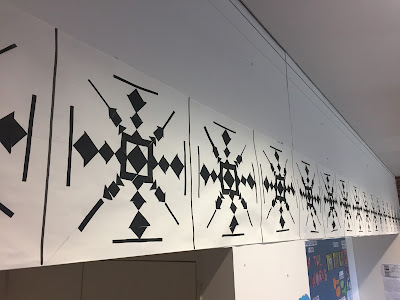 And the final result was very pleasing.

So - interesting to see all the little pieces come together to make a bigger pattern.

Just like all the little students come together to make something bigger too...

Posted by Bruce Ferrington at 11:05