Having done lots of patterns with shape and colour, I thought it was time to move the attention to number patterns.

I had assumed that the students would know what I meant when I said, "Make a number pattern."

Or maybe I was the problem - maybe my definition was too narrow and my expectations were based on my own previous experience and knowledge.

Anyway, here is what they produced: 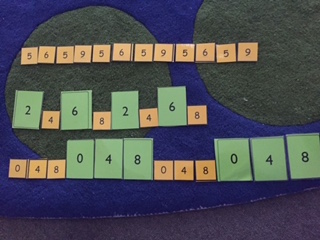 So - we have a pattern of numbers being repeated. There were lots that looked like this. We could substitute the numbers for a colour or a shape and we would be back to where we were with our Unifix and Cuisinaire patterns.

No - it is not what I was expecting. 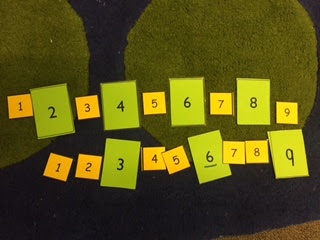 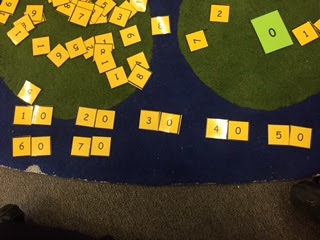 Ok - so I can see counting by 2, 3 and 10. This is what I had anticipated. Obviously these students will win at the game of "Guess what the teacher is thinking".

And some more sophisticated variations on these patterns: 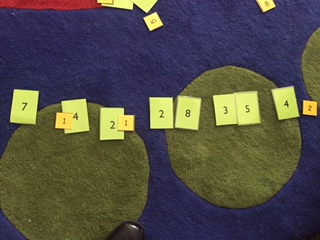 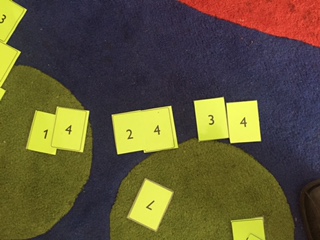 Counting by 10 but off the decade

As I circulated and chatted, I came across one student who was mucking around with some rulers. Fortunately, I refrained from intervening - I was about to tell him to put them away. 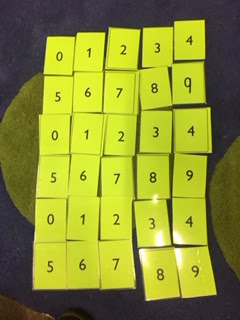 As I was about to move on, he laid down the rulers: 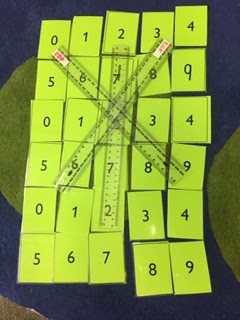 Note to self: Do not interrupt. Give the students space to play and experiment. They will observe things that will surprise you.