One of our favourite days is when I say, "Free choice patterns!"

The kids love it.

But they are very funny kids - the patterns they "choose" to build are often closely related to the prescribed patterns of the previous few days.

Take a look at what we did with Free Choice Patterns yesterday: 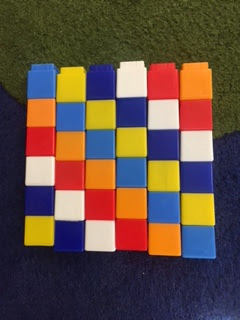 Yes - inspired by the 5x5 challenge from earlier in the week, this student has decided to see what happens with a 6x6 grid using 6 different colours... 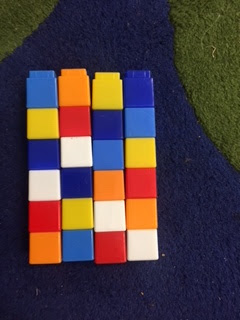 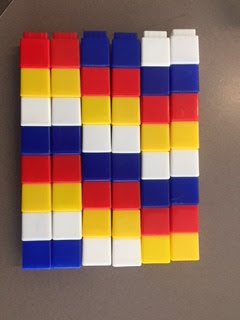 A different student's variation on the 5x5 challenge. This time it is using 4 colours and making the diagonals in pairs. 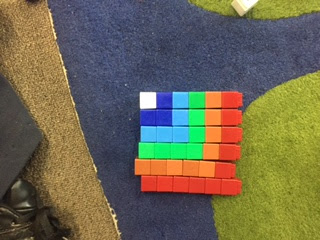 A-ha! This looks a lot like the patterns of squared numbers that we did previously. 1x1, 2x2, 3x3 etc 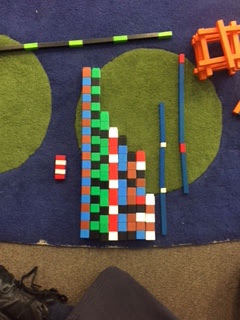 And look! It's the one where we counted by 2s, 3s and 4s and put the columns side by side.

I was really interested to see how students took a familiar idea or pattern and took it further, trying new things with it and pushing it to see what would happen.

Of course, some were highly decorative as students explored shape and colour: 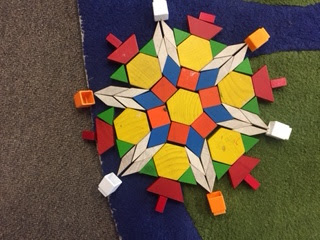 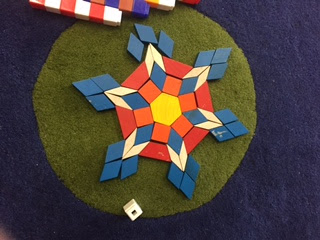 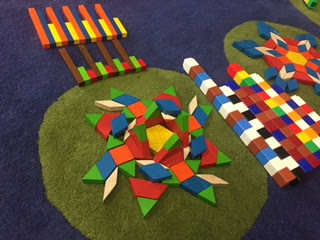 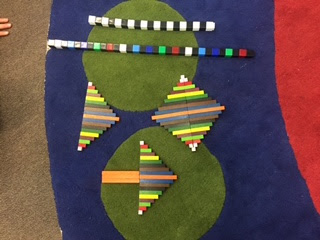 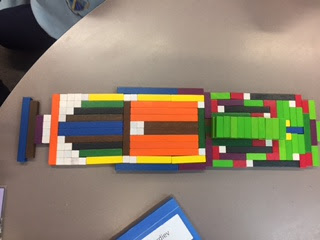 With all this pattern making, have we neglected the essentials, things like number skills and operations?

Well, we did do a "lesson" on addition of 2-digit numbers with regrouping this week. That's about as hard as it gets in addition for Year 2. The lesson took about 3 minutes.

This is not an empirical research study - but all bar 3 of the students "got it" in the 3 minutes. Had playing with patterns actually helped lay foundations for number work?

As one boy said, "It's a bit like a pattern - you just have to know what comes next..."

Posted by Bruce Ferrington at 16:30