I have been giving my kids a challenge each morning when they arrive at school - make a pattern. Sometimes I have told them what sort of pattern I would like them to make. Other times it has been free choice.

I put out some materials - blocks, dice, shapes, counters, beads etc - and watch what happens. I will show you some of these things in the next few days.

But today I put out some number cards. These are cards I made up with the digits 0-9 on them. I asked the kids to make a number pattern.

Whenever we do a task like this, there are a few key individuals who take a lead and other students tend to follow their interpretation of the problem. I am keen to discourage this. I would like to see all students thinking for themselves and not relying on other people to tell them how to interpret life.

Anyway, here are some samples of what we first came up with: 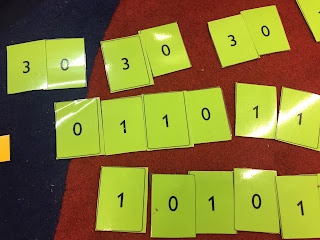 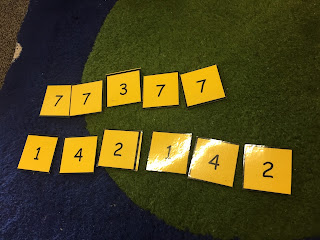 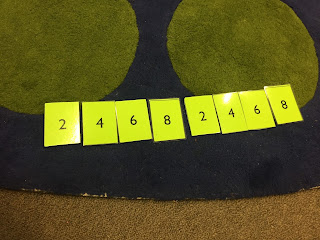 Some numbers with patterns in them...

Not quite was I was expecting. Even this creative version: 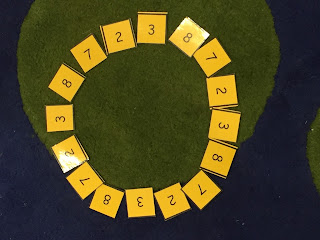 We had a conversation about this - stopped working and considered the nature of the task. (This is a common conversation - I often pause the activity after about 10 minutes and refer the students back to the original request - what do you need to do?)

Were these really number patterns - or were they numbers with patterns in them? Is there a difference? How do you define a "number pattern"?

This got a few brains recalibrated and so we got bak to work.

And here is what we got after another 10 minutes: 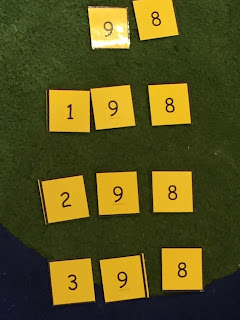 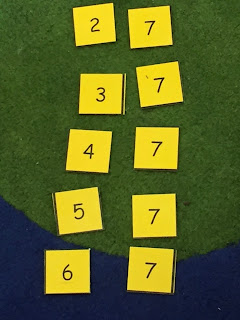 And then I saw this one: 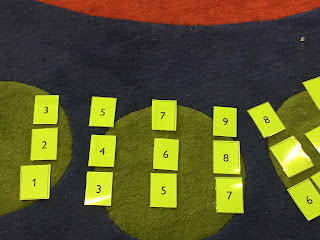 I asked the class to look at the pattern.

What would the next number be?

I put it up on the whiteboard and asked students to add their thoughts during the day.

I also intervened/interferred and put the numbers in reverse order to that which their creator had placed them (because when she explained it to me, she started with the bottom row and moved upwards to the top row.)

Here is some of the solutions that the students gave: 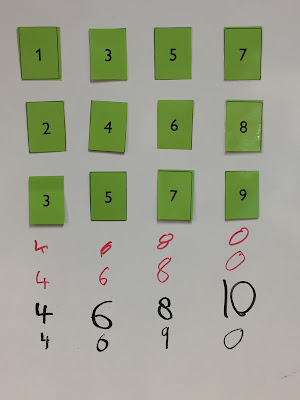 So, what IS the next number in the pattern?

How would you explain what is going on?

Are we adding by 1111? Or are we following an odd/even pattern between each row? Or are we doing consecutive numbers in the digits considered vertically?

Ask your class - they may have another explanation.