Friends of 10 - Is there another way?

Hopefully most of the kids have this concept by the time they get to us - but there will always be a group of recalcitrants.

For those who have mastered this idea, they will get frustrated if they feel they are spinning their wheels while they wait for the rest to go through the process each day of trying to recall these number combinations.

And this is indeed what happened.

As we were going through the Friends of 10 number pairs, a couple of my students had them written down and were back to me in less than a minute. Several other students were still rolling around on the floor looking for pencils.

So, using one of my favourite questions, I asked them:

"Is there another way?"

They hadn't actually expected to have to think about Friends of 10. They thought they knew them all. This was unfamiliar territory.

Then a moment of inspiration!

"You show me," I replied, annoyingly. 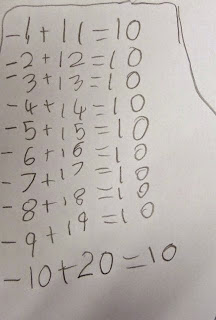 "Another way?" they asked.

"You show me," I replied, annoyingly again.


It was getting to the point where we needed to move on. I suggested that it would be good to see how many other ways they could show Friends of 10, perhaps as a Home Learning activity.

The next day, I was presented with these ideas:

1. Building on the Roman numeral idea, here are a few Friends of 10 using number systems from other cultures. 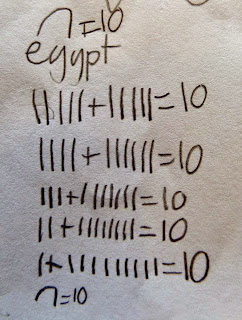 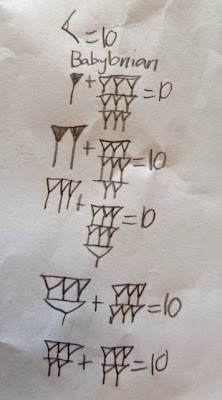 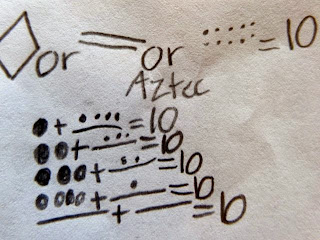 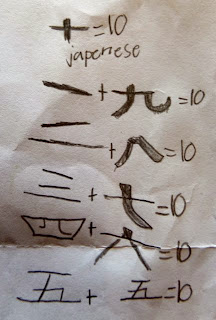 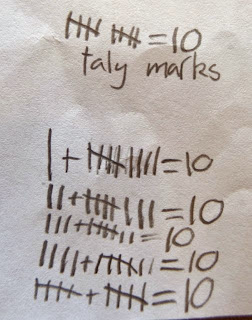 2. Looking at fractions and decimals 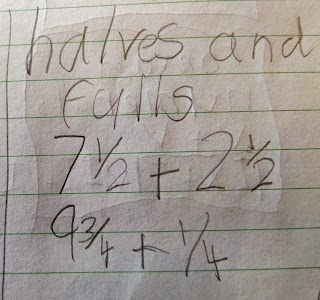 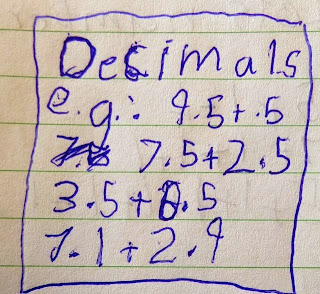 3. Using more than pairs, thinking outside the box. 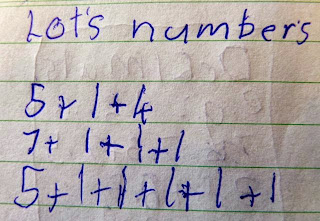 4. Graphic representation - the Friends of 10 Rainbow. 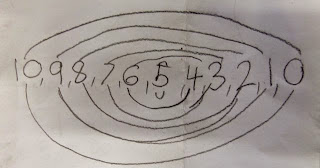 5. Going further - some students decided to explore Friends of 20 to see what happens. 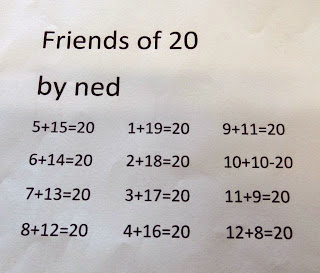 Some examples of Friends of 20, nicely typed but a bit random
which makes it hard to see any patterns. 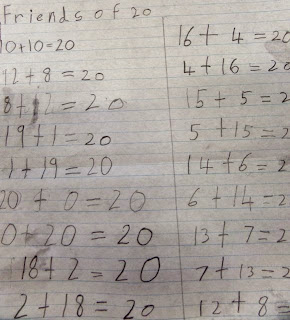 Friends of 20 - an incomplete list but could see where it was going. Do I really need to write them all out if I can see that it will repeat itself once I get past 10???

So - I was a bit surprised. I thought, as did several of the students, that this Friends of 10 business might be pretty simple. Who would have thought there could be so many options to explore?

Hand it over to the kids - they will think of things that will never occur to you.

And have some fun.