What direction does time travel?

We have started the year with a look at time - using clocks, calendars and diaries. It is a really interesting place to start and has given us some interesting experiences already.

We have an extraordinary chaplain at Radford - Richard Browning, known as Father Richard. He has often spoken to the kids about our Western perception of past and future, where we think that the past is behind us and the future is spread out before us. 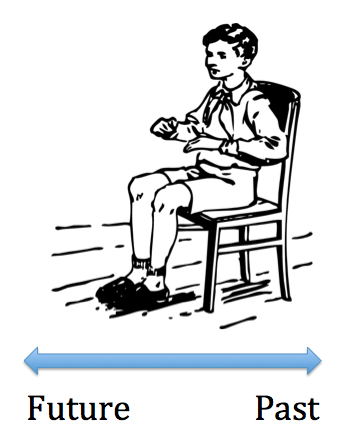 To demonstrate this he will get someone out the front to sit on a chair and point to the future (in front of them) and the past (behind them).

…he goes on to explain that other cultures see things differently. Some indigenous cultures think the past is in front of us and the future is behind. 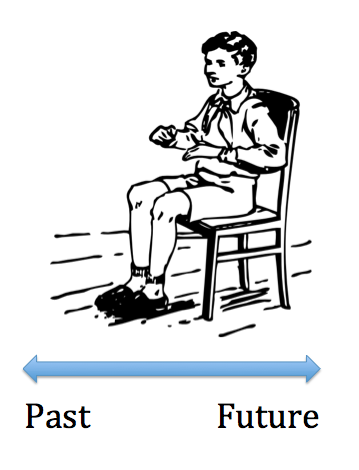 Considering these ideas, I wanted to hear what the kids have to say about time.

I wrote the months of the year out on different coloured cards and then asked them to organise them for me.

Here is what happened: 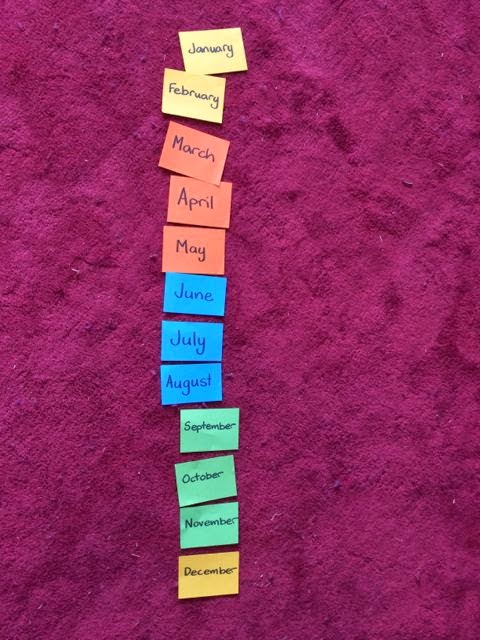 So here was the first idea. Very linear and a perfect display of the months of the year. 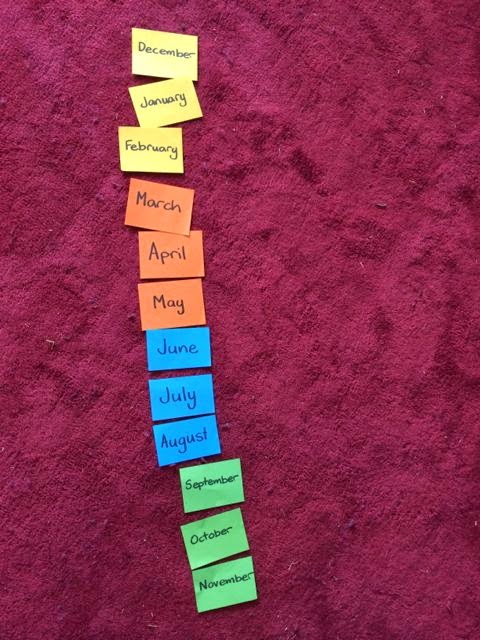 Ah-ha! The colours relate to the seasons, don't they? So we can use that as a guide and then arrange it summer-autumn-winter-spring.

And we got this: 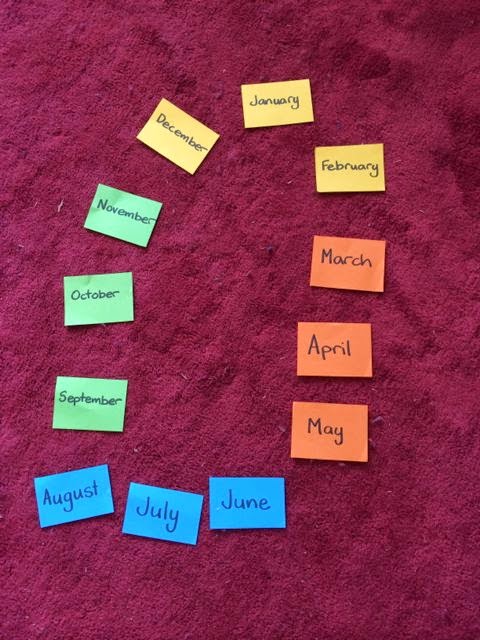 Hmm, so time can be seen as a circle or cycle? Nice thinking.

Right, time to get personal and individual - get out there and draw your own representation of how the months of the year should be arranged.

And the kids never disappoint: 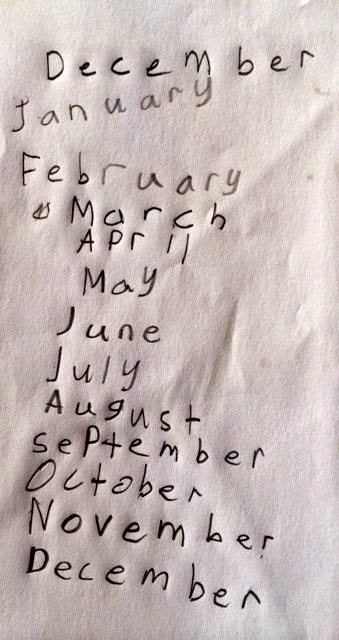 Yes - it's linear BUT this student has decided that the year can start and end with December. 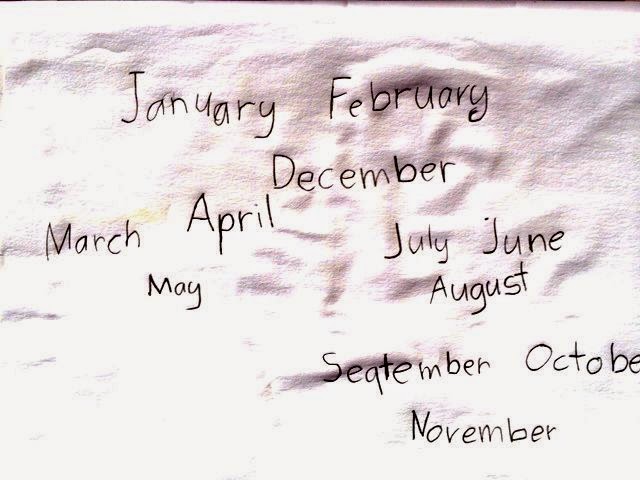 This one looks rather random but the months are grouped into seasons. 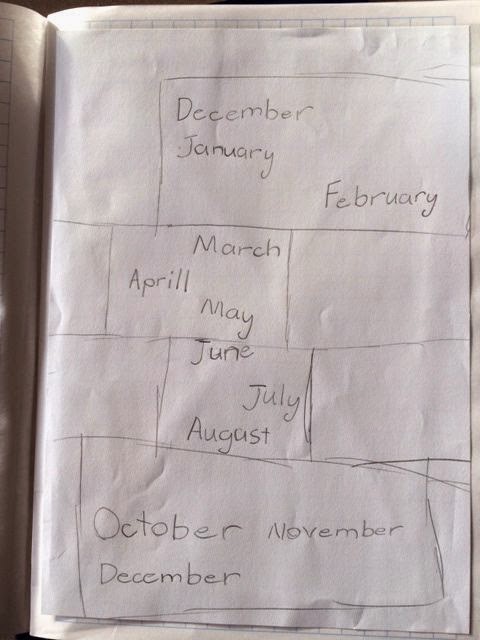 The months and seasons as a brick wall.

What other shapes could we use? 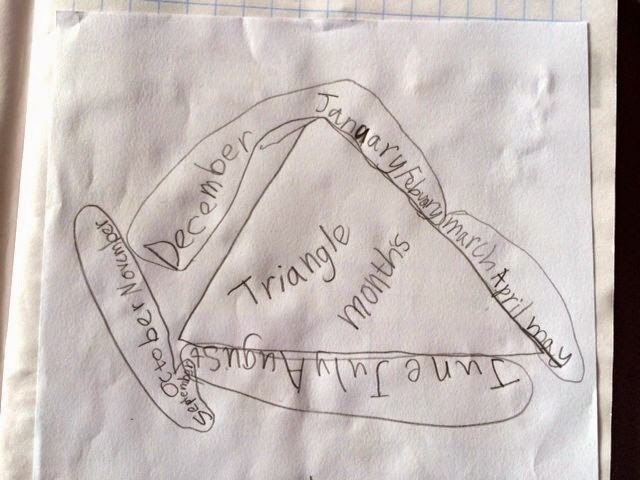 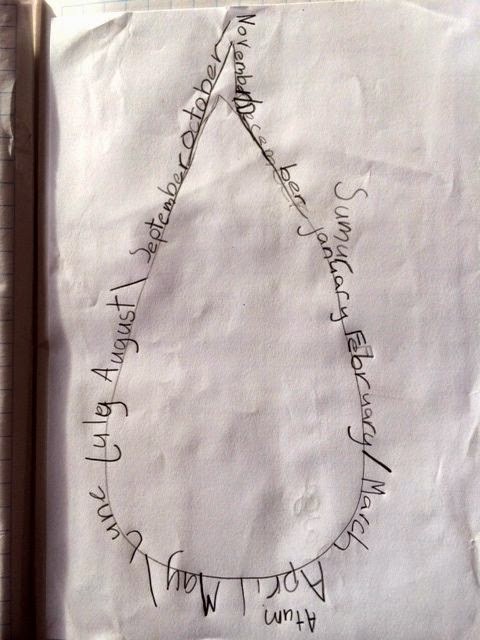 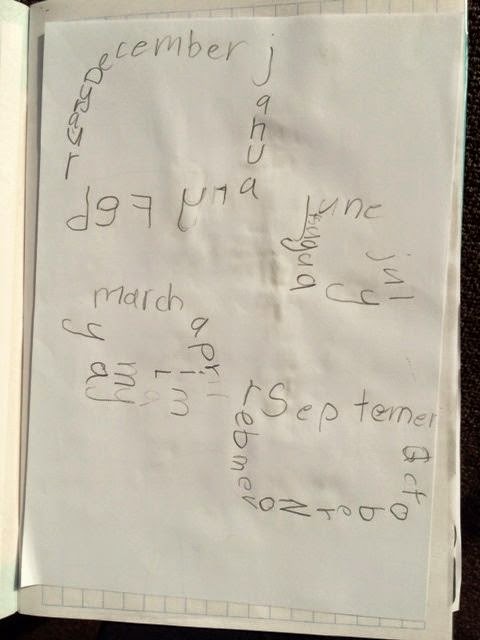 And then this one - each season is represented as a separate circle but "it was really hard because I had to write some of the months backwards to show it was going around in circles."

Never under estimate the kids - they will think of things you never had.

And why don't we think of the year as being shaped like a raindrop anyway? 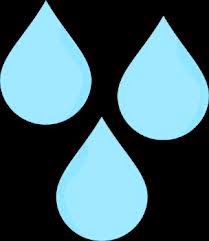 Posted by Bruce Ferrington at 08:19