The Laws of Maths - The Commutative Law with Multiplication

Our conversation about the Laws of Maths has moved on this week to consider multiplication.

How do the Laws that we have discussed so far apply here?

Let's have a look at the Commutative Law.

So, after a bit of tuning in that looked like this: 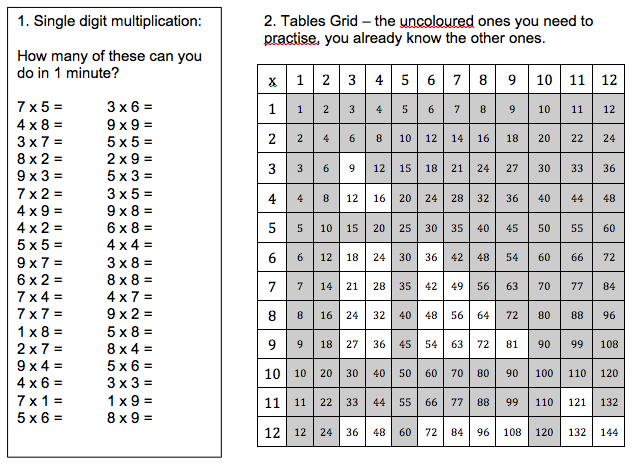 We did the "1 Minute Challenge" and then had a look at the grid.
I find this really interesting and helpful for the kids to get them focused
on what they already know and what they need to learn.
As we go on, they can colour in the tables facts they "master".

And then it was on to the fun and games.

How do you prove the provocation is correct? 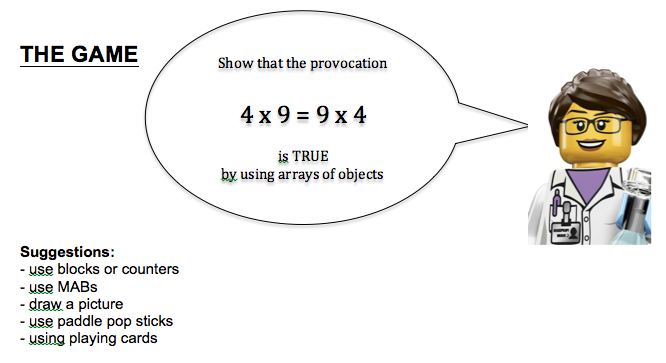 So, I was really keen to get the kids to use arrays for this one, partly because I don't think they have used them very effectively in the past and also because they are going to need them when we start talking about the Distributive Law - stay tuned for that one!

When we got started, we decided it might be a good idea to make two arrays:

But were they going to look any different?

And how could we demonstrate that they are equivalent? 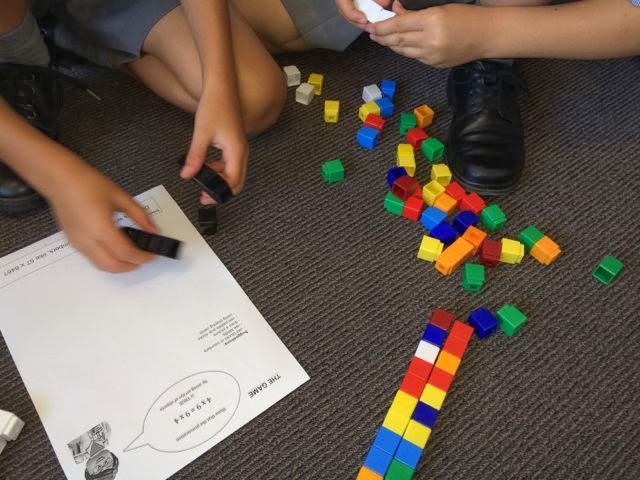 After a mad scramble for the blocks... 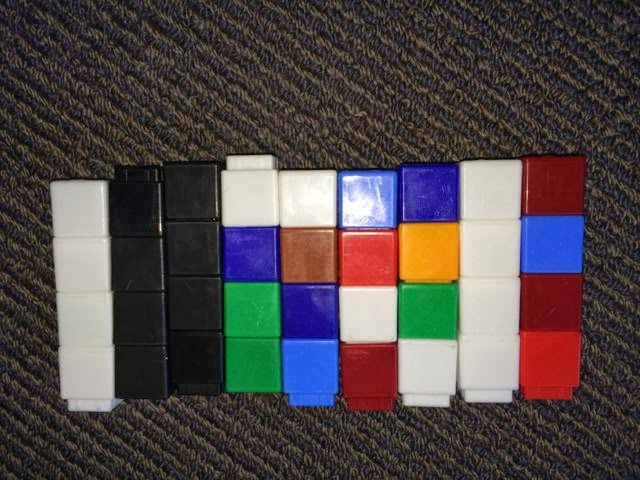 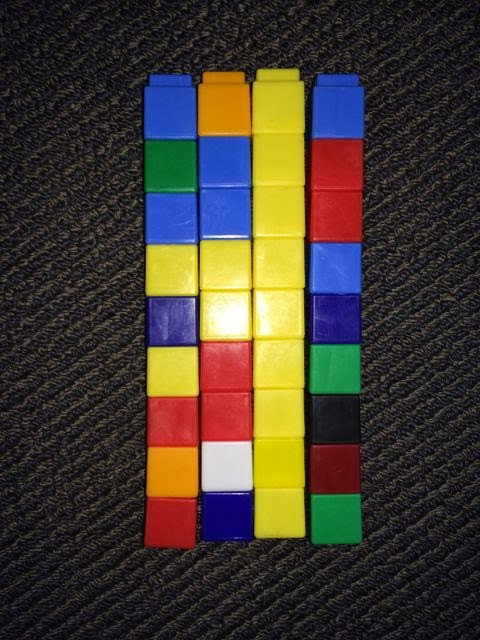 ...and 4 groups of 9 take up the same space.
Seems obvious but it was really good to see it.

Some groups lined all their blocks up to compare the length and see that it was equal.


Not everything went to plan. Here's a few problems we encountered:

So here we have 4 groups of nine, which is obviously longer than 9 groups of 4...

A simple problem, but an important one. Yes - you actually need to count accurately when using blocks. These guys got a bit carried away and the 4 groups of 9 included one group of 10 and one of 11. 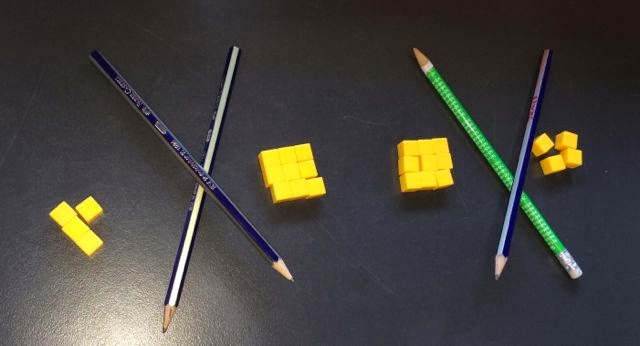 This one is fascinating. It shows the alert teacher that here are some students who don't get the idea of arrays, don't understand how to use blocks to represent number facts and who missed the point of the activity.

Back to the drawing board... 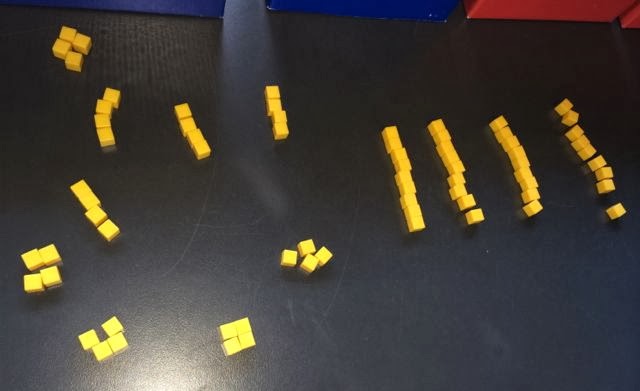 ...and with a bit of reorganising we could see they looked the same!

It's not rocket science, I know, but having done this activity...

1. we can now construct an array

2. we can demonstrate the Commutative Law as it applies to multiplication

3. we can see what we are talking about (abstract idea made concrete through modelling)

Posted by Bruce Ferrington at 15:38

Email ThisBlogThis!Share to TwitterShare to FacebookShare to Pinterest
Labels: Laws of Maths, Multiplication