How Big is Your Classroom?

This week's inquiry was taking us into the realm of space - we were going to look at how big a classroom is.


I was going to make an i-Movie as a provocation. It was going to be news report featuring my good friend Mr Black (@CpaitanoAmazing). Apparently, Mr Black had decided that he deserved the biggest classroom in the school.

Our challenge was to find the biggest classroom for him.

(Sadly, time ran out and I didn't get the movie made in time.)


So we speculated, which classroom is the biggest?


What do you mean by "biggest"?

There was some discussion about this.

We decided, by consensus, that we were going to look at the area of all rooms that have a class allocated to it permanently, so not the art or music rooms. And we would measure the area because I didn't want kids to be climbing up on desks with tape measures to measure the height of the walls (yes - I know there are other ways but try to convince a 12 year old boy that he doesn't need to climb on top of furniture.) 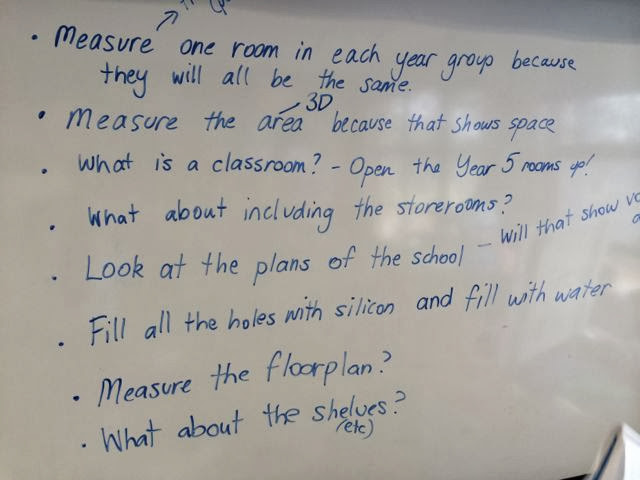 Here is a summary of our discussion.

Revision of what we know

Previously we had found that if you multiply the two sides of a rectangle together, you get the area. 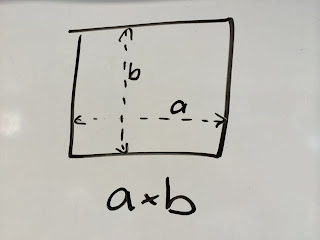 Excellent news...but what if the room isn't a perfect rectangle? What if it looks like this.... 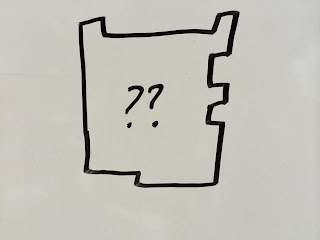 "Then it's impossible to find the area!" said one student.

Anyway, we started small and broke into groups to measure just the Year 5 and 6 rooms. Each group did one room. There are 8 rooms, each room is the mirror image of the one next to it and the same as the one above (or below) it. Here's a picture: 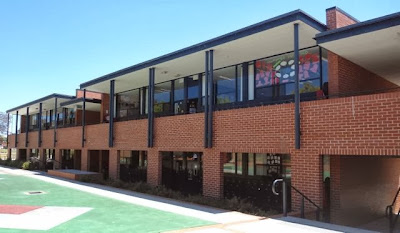 And when they came back we wrote up the results for the different rooms so that we could talk about our data.

Here are the sizes of each room as measured by each group: 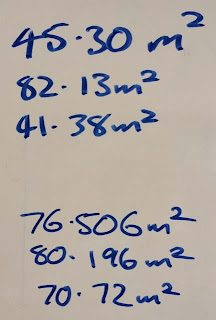 Hmm....there's a bit of a difference between the results. I was expecting some variation but this is a good indicator to me that some groups are not using the same methodology as the rest of us.

A great activity - easy for me to see who understands the concept and who doesn't, gets the kids outside doing some maths and also a productive application of multiplication skills.

Tomorrow we will venture further afield and visit the P-4 rooms.

I wonder where Mr Black will end up?

Posted by Bruce Ferrington at 11:55