I had a parent send me a link to a site that has free e-books about maths on it.


Hundreds of Free Maths Books and Documents for Teachers


I'm always keen on free things (it's the Scottish heritage) so I went and had a look. There was a lot of books that weren't going to be that useful in Year 5 as they were aimed at university level maths. However, I did find several books that really intrigued me. I am interested in old maths text books and there were several from over 100 years ago.

One that caught my eye was called "Magic Squares and Cubes" by William Symes Andrews, published in 1908.

Well, this looked promising. Magic squares are always fun and they can't have changed much in 100 years, since they've been around since Aristotle.

So, looking through, I found some really great examples, some instructions on how to construct magic squares of different sizes, and then this diagram: 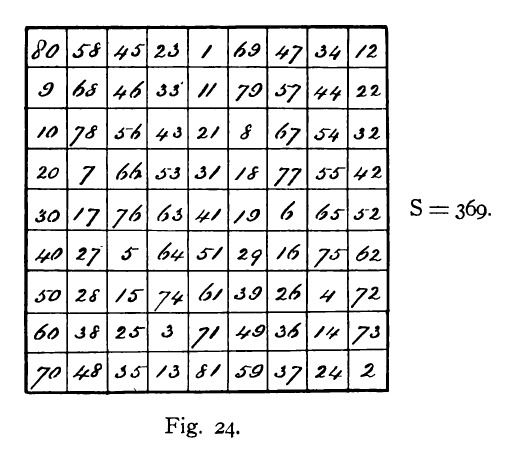 Without telling them what they were looking at, I asked my class to find patterns.

Here's what they found: 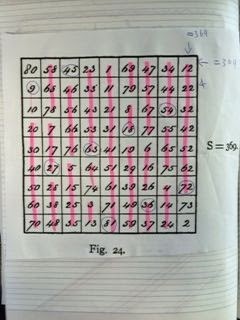 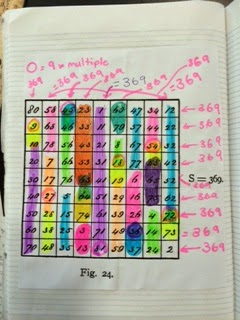 If you look carefully you can see that the number under each multiple of 9 is the next consecutive number. For example, under 36 is 37. 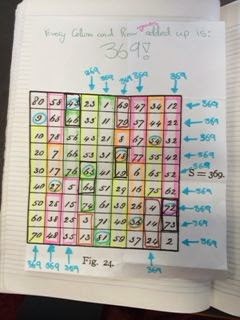 And yes we found that every row and column adds up to 369! 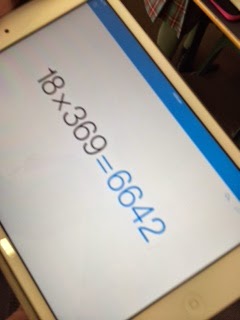 It took a bit of leading to see that this grid had been constructed by using an elongated "knight's move" - four squares to the right and 1 up.

Alternatively, you could go five squares to the left and one up because there are 9 squares in each row (5+4 = 9). 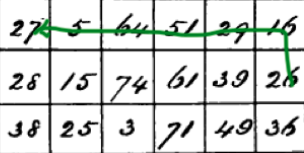 Which made the kids think of the globe - you can travel either East or West and you will meet up at the same destination.

I wonder what other treasures I am going to find in these old books?