Any builder, or patchworker, or person who deals with things that are sold by the length, will tell you this old saying is true: "Measure twice, cut once."

I have arrived in Denver, Colorado to attend the National Council for Teachers of Mathematics (NCTM) Annual Conference later in the week. Since is was freezing outside and everything was covered in a thick layer of melted slush, I decided to take a tour of the State Capitol building.

Denver, as you may be aware, is known as the Mile High city, given its height above sea level. This fact is advertised in every second shop you pass and on all of the t-shirts and tourist paraphernalia on sale in the mall.

Anyway, part of the tour of the building took us to the stairs at the front of the building where the official brass plate showing the actual height of one mile above sea level is located - well, two brass plaques and a stone engraving. And they're all on different steps.

In 1909 when the building was completed, it was decided to mark where the actual "one mile above sea level" was so the inscription was made on the 15th step.

In 1969, someone decided to check the accuracy of the first measurement and found that it should have been on the 18th step, so a brass plaque was installed on that step. 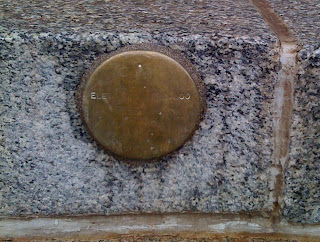 
This was again checked in 2003 using GPS technology, which found that the actual marker should be on the 13th step, so a new brass plaque was put in. 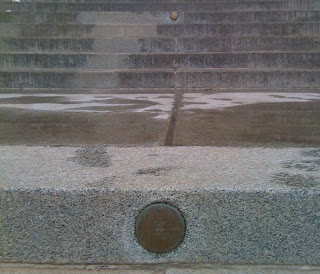 
And the way global warming is going, in 50 years time the marker will need to be somewhere up near the top of the dome... 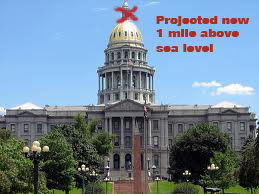 Posted by Bruce Ferrington at 08:13